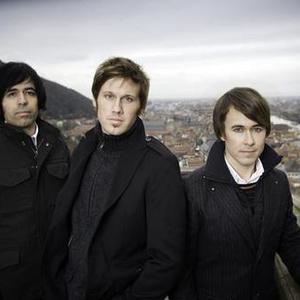 Building 429 has had a history of success with the release of four studio albums, and now the rock band is joining forces with Provident Label Group for their fifth studio record "Listen To The Sound" set to release in 2011. In 2005 ?Glory Defined? was named BMI's Christian Song of the Year, they were named the Gospel Music Association's 2005 New Artist of the Year and nominated that same year for Rock/Contemporary Album of the Year and Song of the Year. ?They have toured with artists such as TobyMac, Family Force 5, Casting Crowns and Thousand Foot Krutch.

Their name is derived from Ephesians 4:29 ? NIV "Do not let any unwholesome talk come out of your mouths, but only what is helpful for building others up according to their needs, that it may benefit those who listen".

We Won’t Be Shaken

We Won't Be Shaken (CDS)

Listen To The Sound