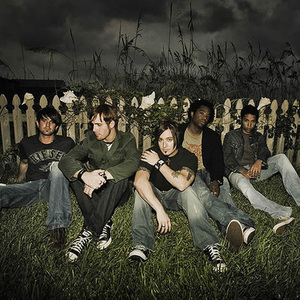 StorySide:B is an American Christian rock band signed to Gotee Records. It is headed by guitarist and vocalist Lucio "Lu" Rubino. Rubino and drummer Jordan Mohilowski took first place in the band division of the 2003 "Exalting Him" talent contest, which aired on TBN. They went on to form a band with bassist and pianist Ron McClellan, with Matt Lande and Preston Pohl both on guitar. They went around playing music for different labels and Gotee president Joey Elwood heard them play an acoustic set.

A month later, they met Gotee founder tobyMac after one of his shows and played some music for him on his bus. They were signed soon after. ?att Lande later left the group.

On January 18, 2009, Ron McClelland, the bassist for Christian rock band Storyside: B, collapsed and died while on a cruise with 88.1 The Promise, where he was a guest personality.

According to the vice-president of the radio station, McClelland, 33, was playing basketball on the upper deck of the Jacksonville-based Carnival cruise ship Fascination. He was just 33 miles from returning to the Jacksonville port when he died Sunday. McClelland was on a listener cruise.

No members of his band were with him at the time of his death.

Storyside: B guitarist Preston Pohl was watching McClelland's home and dog, when he got the call about his death.

Although unofficial, yet from a reliable source, StorySide:B band members have gone their separate ways.[*] The remaining band members will no longer perform as a united band. This occurred prior to Ron McClelland's passing, sometime before January 18, 2009.

We Are Not Alone