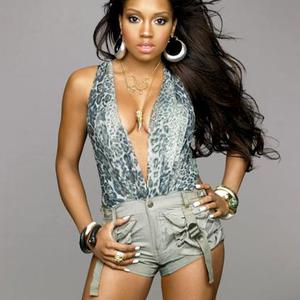 In 2005, fans and critics alike were enthralled by music sensation Brooke Valentine, aka B. Valentine. It was her dynamic single, "Girlfight" featuring Lil Jon and Big Boi, taken from her debut full-length project, Chain Letter (Subliminal Entertainment/Virgin Records), that helped propel album sales to 2.5 million copies worldwide. Now, she is back, simply as B. Valentine?with a new focus, a higher sense of purpose, and most of all, exciting new music!

B. Valentine is ecstatic about the release of her long-awaited album and its upbeat title track single, ?Forever??her first collection of all-new material in four years. The album is a celebration of life, family, and B. Valentine's new-found freedom. She does not completely shed her sexy and fun-girl image, but the tragic loss of a family member, taking time to focus on being a new Mom, and a long battle to be released from Virgin Records certainly have affected her perspective.

?A lot of fans have been asking where I have been,? she says, referring to her extended hiatus from the music business. ?You know, I've been singing since I was 12 years-old; so by the time songs like ?Girlfight' and the Chain Letter album hit, I'd been doing this for quite a while. In this world, you just can't have all career and no balance. I gave birth to my son London, who I love and adore. He requires a bit more attention than what the average parent has to give to a child. I'd been fighting to be released from the deal with Virgin Records. I was no longer in love with the industry and with the politics that go with it. I needed a break. I needed to live life. But I want my fans to know, though, that I never fell out of love with music or creating it. I was always appreciative of their support and what they have meant to my career.?

Released in February/March 2012, Forever is a musically ambitious and cohesive project. Yet there was no original intention to even create an album, according to B. Valentine. The writing and production of Forever was very organic, she says. ?It was me going into the studio and writing whenever I felt like it. It was almost like an accident, but it was meant to be. At the end of the day I had these songs I didn't want to let go of. I didn't want to sell them. I didn't want other artists to have them either because they were so personal to me.? [Subliminal Entertainment CEO] Deja the Great and I did all of the writing. He did all of the production.?

Forever is a composite of Dance, R&B and Pop elements; featuring dazzling club anthems, powerful R&B joints, emotive ballads and mid-tempo songs. The album is an expression of

B. Valentine's life experiences. ?I've always written from the heart, but my earlier experiences weren't like this,? she says. ?Just looking at my son London and then putting pen to paper is so different and so deep. I'm older now. I'm a grown woman. I'm going to reach people with my music in a new and different way. This music isn't about just making you want to dance in a club, but making you want to dance for life.?

With total balance and commitment to both family and her music career, B. Valentine is BACK! And this time, Forever!