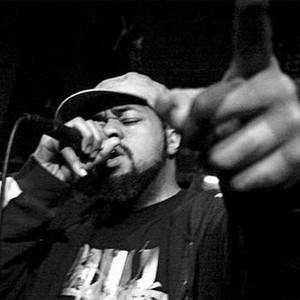 A member of the Stronghold underground rap collective, MC Breez Evahflowin (born Enrique DaSilva) was a leading force in the New York, as well as national, battle rap scenes during the late '90s. Among several other achievements, he was crowned the national grand champion of the famed Blaze Battle competition in 1999. While his participation in battles waned, he aligned himself with the independent rap movement that was beginning to take shape during that same time period.

During his freestyle rap days, he was a part of various local groups that put out vinyl and even released his own solo 12", "Forsaken," in 1996, which appeared on the BBE Music compilation Hip-Hop Forever (1998) by DJ/producer Kenny Dope. In the early 2000s, Breez recorded many singles and 12"s for an assortment of different indie labels, including the Boston-based Detonator Records, as well as contributing a slew of guest appearances. Despite not having much material to his name, he was able to work with several A-list underground rap artists, like Vast Aire and the Molemen. Breez offered the Fly EP on Just Be Records in 2003, but released his first proper full-length, Troublemakers, collaborating exclusively with producer Dirt E. Dutch, on Little Ax in 2008.