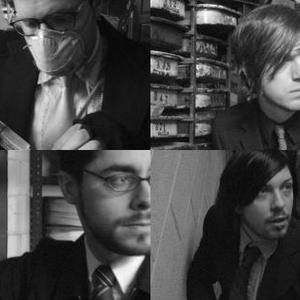 Brandtson was an indie rock band that formed in 1996 in Cleveland, Ohio and disbanded in 2007. It was originally a side project for Myk Porter, the vocalist of the hardcore band, Six Feet Deep. Porter got his friend Jared Jolley to play drums in the band. Soon thereafter, Six Feet Deep broke up and Brandtson became a full-time band with the addition of Matt Traxler, also of Six Feet Deep, on guitar and John Sayre on bass.

Their first release was on Traxler's indie label, Steadfast Records and was entitled, Letterbox. A year later it was re-released by Deep Elm Records. The band went on to release the Let's Call It A Day seven inch on Velvet Blue Music and also had a song on Volume Two of the Emo Diaries compilation. In 1999 Deep Elm put out Fallen Star Collection and it was followed by the Trying to Figure Each Other Out EP in 2000. Deep Elm also put out the "Dial in Sounds" album in 2002 and the "Death and Taxes" EP in 2003. In 2004, the band switched to The Militia Group for the release of "Send us a Signal". Over the course of these years, the band toured North America, Europe, Japan, Singapore and Hong Kong. Sayre left the band in 2005 and was replaced by Furnace St.'s Adam Boose, who also added in some electronic manipulation of their sound. Their latest release, "Hello, Control" was released in May of 2006.

In 2007 Myk shared new music from his solo project entitled May This House Be Safe From Tigers on MySpace. Since breaking up, Porter, Traxler, Boose, and Sayre have resurfaced in a new band called Swarm Of Bats

Send Us A Signal