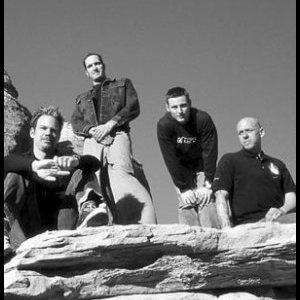 Sense Field was a post-hardcore/emocore band from Los Angeles, California that formed in 1991 after the then members of the DC-infuenced emocore band Reason to Believe decided to break away and try something new. The result was immense and they became the mentors for and had a major influence on the bands that brought emo to the mainstream. As such, they are one of the unsung heroes of underground music. Their Revelation Records releases show their willingness to meld sincere emotion with the most positive expressive styles available in hardcore punk. Each one has a distinctive sound.

The most hardcore-influenced and most popular of the 4 albums released during this time is 'Building' released in 1996.

Troubles beset them in the late 1990's after signing with Warner Bros, trusting the word of high-levels of the coropration. Unfortunately for thier fans, the two albums they recorded during these years were shelved. An EP, a split 7", and a single were released during this time, but only radio-promo's of their ill-named masterpiece "Under the Radar" ever saw the light of day.

The band eventually won the right to re-record a third album and some of the material from these hidden gems came to light. This record, Tonight and Forever, was recorded in their own Denseflies studio, and was released in 2001 by Nettwerk America.

Ironically, they were picked up by the radar, and experienced their greatest success to date some 10 years after they began with the single Save Yourself. Sense Field appeared on late night television shows such as The Tonight Show and The Late Late Show and saw the song place on numerous 2002 best of countdowns. Another single was used as a theme for a short-lived late-night television series.

The group quickly followed up the release with 2003's Living Outside, which saw minor airplay for the single "I Refuse". Sense Field toured extensively in North America and Europe and performed with an amazing variety of underground and popular musicians. Their shows exuded the energy of the best years of the hardcore movement, and are greatly missed. Vocalist Jon Bunch went on to perform with friends Further Seems Forever, after Sensefield disbanded in January of 2004. Vocalist Rodney Sellars left in 2003 to look after his ailing infant daughter. Rodney and other former band members continue to write, produce and play great music.