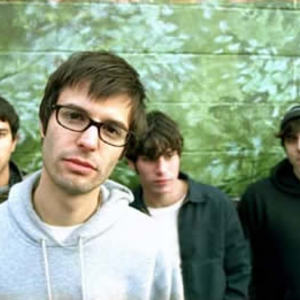 Piebald was an indie/punk band formed in 1994 in Andover, Massachusetts. Piebald started as a hardcore band in the same scene that produced legends Converge but later moved to the Boston suburb of Somerville and became a staple of the Greater Boston indie rock scene. Two members still live in the Boston area, while the other two now live in Los Angeles. A turning point in Piebald's career came when they recorded seven tracks, and put them on the CD that came to be known as Sometimes Friends Fight.

A turning point in Piebald's career came when they recorded seven tracks, and put them on the CD that came to be known as Sometimes Friends Fight. Their musical sound had greatly matured, and Travis' lyrical ability was finally brought to the forefront of the band's music. Another two seven-inches later, Piebald was ready for another metamorphosis.

Eleven tracks recorded at Salad Days became the first record to showcase Piebald's signature sound and wry jokes. Traditionally the most sought-after Piebald recording (before it was immortalized in its entirety on All Ages), When Life Hands You Lemons was considered to be Piebald's best music yet. This release furthered the lyrical style that had been growing within the band, and also showcased the first lead vocals by lead guitarist Aaron Stuart, and a piano track by Shettel.

Following If it Weren't for Venetian Blinds, It Would Be Curtains for Us All, Piebald released their most popular album to date, We Are the Only Friends We Have. It featured the single "American Hearts" which achieved a modicum of success, garnering some mention on MTV and college radio. This, together with the band's signing to respected indie label Big Wheel Recreation brought Piebald their most mainstream attention to that date. This trend was continued when the band signed to the very popular Side One Dummy label and released their next album, and when Piebald was chosen to play 2004's Warped Tour.

The following album, All Ears, All Eyes, All the Time, features noticeably improved vocals by singer Travis Shettel and continues their evolutionary progress toward the piano-driven fare they've tended towards over the last couple of releases, and features such additions as horn sections, increased use of vocal harmonies, and extremely catchy hand-claps.

Piebald's latest album, Accidental Gentleman was released in late January of 2007. Its mix of raw rock and roll and perfected lyricism, which has always set Piebald apart, shows the band at a peak for themselves and the rest of the music industry. With cover songs like the Kinks' "Strangers", front man Travis Shettel brings a whole new generation the universal truths famously broken down by the legendary Ray Davies into three minute pop songs.

Lead singer Travis Shettel has released solo recordrings under the name Totally Travis. Shettel is also a member of LA based The Was.

The band generally only tours during the summer due to lead singer Travis Shettel's day job as an elementary school teacher.

Piebald announced they would be breaking up following the end of their US tour with The Format, Limbeck, Steel Train and Reubens Accomplice. Piebald played their farewell tour in April 2008 with one stop in New York city and two in Cambridge, MA.

The Rock Revolution Will Not Be Televised

We Are The Only Friends We Have