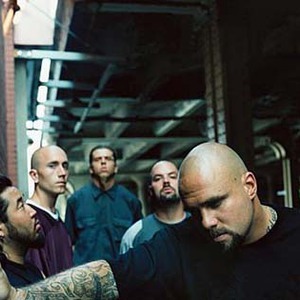 3rd Strike is a nu-metal band from the United States ---Lead singer Jim Korthe along with guitarist Todd Deguchi put together a makeshift lineup for 3rd Strike in the 90's, under their other band name Dimestore Hoods and released on self titled album in 1996. But because of bad tours and Korthe's own problems they disbanded. Korthe and Deguchi continued writing together until they re-formed the band with PJ McMullan (drummer) and Gabe Hammersmith (bassist). They began recording when Fletcher Dragge heard their demo and introduced them with his management company.

In Q4 of 2001 they had recorded their debut album, Lost Angel, which was released that next May. In 2002, they released an EP on released in Japan titled Barrio Raid. In 2003, stating personal reasons, the band disbanded once more. A few years later, they announced they were working on new material and playing local shows. Between 2008 and 2010, demos were uploaded on their MySpace page. In early 2010, vocalist Jim Korthe passed away in his California home.