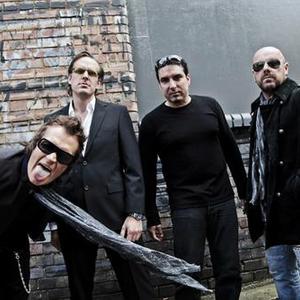 Black Country Communion is an English-American hard rock band based in Los Angeles, California. Formed in 2009, the band is a supergroup comprising bassist and vocalist Glenn Hughes, guitarist and vocalist Joe Bonamassa, drummer Jason Bonham, and keyboardist Derek Sherinian. Originally formed by Hughes and Bonamassa with the help of producer Kevin Shirley, the group released its debut album Black Country in September 2010. Second album 2 followed in June 2011, which was promoted on a European tour later in the year. The band released its third album Afterglow in October 2012.

The band was initiated as a side project by Hughes and Bonamassa following a performance together in Los Angeles in November 2009, who on the advice of Shirley recruited Bonham and Sherinian later in the year. The name Black Country Communion is derived from the term Black Country, referring to the West Midlands area of England where Hughes and Bonham were brought up. The group's sound is intentionally reminiscent of popular classic rock groups of the 1970s, reflecting the previous work of frontman Hughes as well as the link between Bonham and his father John's band Led Zeppelin.