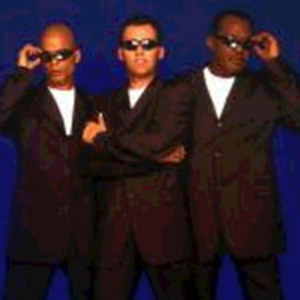 Bad Boys Blue was formed in the summer of 1984 by German producer Tony Hendrik and his lyricist wife Karin Van Harren. Hendrik was looking to create an alternative to the hugely successful German group Modern Talking. Ironically, Dieter Bohlen, mastermind and song writer of Modern Talking, is often incorrectly credited with developing their signature sound and being their producer. The original trio comprised of American Andrew Thomas, British John McInerney, and Jamaican Trevor Taylor - the original lead vocalist.

The original trio comprised of American Andrew Thomas, British John McInerney, and Jamaican Trevor Taylor - the original lead vocalist. The debut single L.O.V.E In My Car failed to make an impression in the pop charts but the follow-up You're A Woman was a massive success, reaching the top 10 in many European countries.

Trevor Taylor provided the lead vocal for the group's early hit singles including You're A Woman and Pretty Young Girl. The 1987 single Come Back And Stay was the first to feature John McInerney on lead vocal. Although the track was originally recorded as demo with Trevor Taylor's voice, the producers subjectively chose John McInerney's version. This created tension within the group which ultimately lead to Trevor Taylor's departure. John McInerney went on to perform lead vocal on the vast majority of Bad Boys Blue's output.

The group became massively popular in Eastern Europe, with the band performing to sell-out crowds in Russia and the Ukraine. In contrast the group never charted in the UK and their only charting USA single was Save Your Love.

The group has experienced numerous line up changes. In 1988 Trevor Taylor left the group - a year after being practically demoted to backup singer - but was asked to rejoin the group the following year just for recording sessions of Hungry for Love single that was to be featured on the group's first compilation album Bad Boys Best. Trevor Taylor's departure permanently secured John McInerney's position as the band's new lead vocalist. Trevor Taylor was replaced by Trevor Bannister. Trevor Bannister left in 1993 and the remaining two members performed as a duo. Mo Russel joined the group in 1995. In 1999 Kevin McCoy (stage name JoJo Max) replaced Mo Russel by joining Bad Boys Blue fulltime after being the group's rapper since 1998, but left in early 2003 leaving Bad Boys Blue as a duo again. However, in 2006, Kevin McCoy rejoined Andrew Thomas' Bad Boys Blue line-up (see below).

In 2005 Thomas and McInerney split under less than amicable circumstances. Carlos Ferreira joined John McInerney in 2006 and new material is said to be forthcoming from this, presently Poland-based, duo. Andrew Thomas also formed a version of Bad Boys Blue with former member Kevin McCoy and singer Herb McCoy but they are not signed to any record label. The question of who gets to officially use the Bad Boys Blue brand name has not yet been resolved.