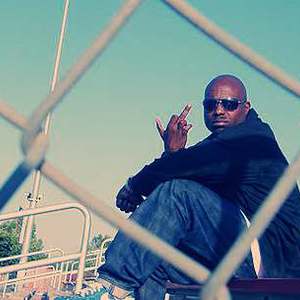 Gregory Fernan Hutchinson (born August 2, 1967 in Pomona, California), better known by his stage names Big Hutch and Cold 187um, is an African American rapper and producer, and the lead act of the rap group Above the Law. The group signed to Ruthless Records in late 1989, releasing their debut album, Livin' Like Hustlers, in 1990. The platinum-selling album was overseen and co-produced by producer Dr.

Dre, who would soon leave the label and start up Death Row Records, and featured members of the group N.W.A. Hutch claims that, as Dr. Dre's "understudy" at Ruthless--and, to a degree, the N.W.A.-producer's protege--he created the blueprint to the g-funk sound, for which Dre was subsequently credited.

Above the Law contributed greatly to the continuing success of Ruthless after Dre's departure and the breakup of N.W.A.; their first four releases went either gold or platinum in RIAA certification. During his tenure on the label, he produced for Eazy-E's 5150: Home 4 tha Sick and the Dr. Dre-indicting It's On (Dr. Dre) 187um Killa, MC Ren's The Villain in Black and the song "All Over a Ho" for the Menace II Society soundtrack, amongst other projects. Hutch and his group parted ways with Ruthless in 1996, and in mid-1999 the producer was brought in by Suge Knight to replace Daz Dillinger as head producer for Death Row Records. During his tenure there, 187um would oversee production on the posthumous 2Pac album Until the End of Time and touch up unreleased Dogg Pound tracks for 2002, an unauthorized album by the duo released on Death Row. In 2004, Above the Law was put on hold, as 187um was jailed for drug trafficking. Upon his release, the group has been writing, recording, and touring; as a solo artist, Hutch released Fresh Out the Pen in August of 2008.