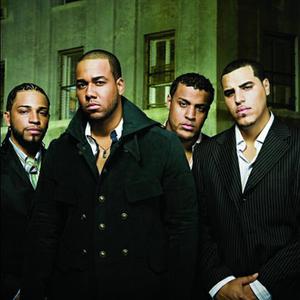 Aventura is a bachata music group from The Bronx, New York, United States. Aventura was formed in 1994 by Anthony Santos, Henry Santos, Lenny Santos, and Max Santos, three of whom are natives of The Bronx and one born in the Dominican Republic. Self-taught and determined, Aventura made their big break in 1999, with the hopes of breaking bachata music out from its traditional base and fusint it with modern popular sounds like hip hop and R&B. Aventura was the second Latin musical performer to completely sell out Madison Square Garden music arena in New York City in 2010.

They are set to reunite in 2014, as hinted by their Facebook cover photo and according to a recent interview with frontman Anthony "Romeo" Santos. We can only hope this comes as soon as possible because all these solo ventures are a big KI and they made their best music as a unit.