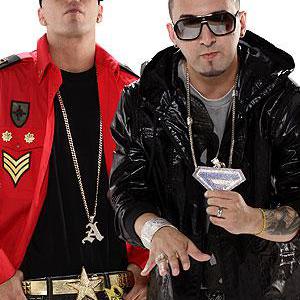 Alexis & Fido, often nicknamed Los Pitbulls or Los Reyes Del Perreo, are a reggaeton duo from Puerto Rico. They own Wild Dogz, a label created, by both. Alexis's real name is Raul Ortiz, while Fido's real name is Joel Martinez. According to Alex & Fido, the song El Palo, put them on the map. According to Fido,he and Yandel were close friends as teenagers and helped each other kick start their careers. Likewise, Alexis was close to Wisin, and also helped him with his career. Eventually, Alexis & Fido and Wisin & Yandel and went their separate ways.