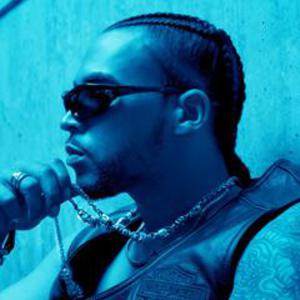 William Omar Landr?n (born February 10, 1978 in Puerto Rico), better known as Don Omar, is a reggaeton singer. He is one of the most well known reggaeton artists in Latin America. His cross over success in the U.S. has given him more exposure to English speaking Reggaeton fans, making him one of the more recognizable faces of Reggaeton along with Daddy Yankee and Tego Calder?n. Don Omar's popularity is currently rising and he recently appeared on MTV. Omar is best known for his songs "Dile" and "Dale Don Dale" from his first album The Last Don and "Reggaeton Latino".

His songs center around life and love; some examples of these would be "La Recompenza" (The Reward), "Pobre Diabla" (Poor Devil (fem.)) and "Aunque te Fuiste" (Even Though You Left).

His debut album, The Last Don, sold over 350,000 units in South America. Both "The Last Don" as the live edition of it have been certified platinum by the Recording Industry Association of America. Worldwide, The Last Don: Live [CD & DVD] sold over one million copies, according to the official website. His debut single, "Dale Don Dale", sold over 100,000 copies in South America. He received the awards for "Latin Pop Album of the Year" and "New Artist & Latin Rap/Hip-Hop Album of the Year" by the Billboard Latin Music Awards in 2003. The Last Don: Live [CD & DVD] was also nominated for "Urban Music Album" at the 2005 Latin Grammy Awards

He started his career after facing many obstacles when H?ctor Delgado (from the duo H?ctor y Tito) gave him an opportunity to be a backup singer. After that, he sang in a live concert with H?ctor and Tito in 2003, which was released later as a CD and DVD, which included the songs that became instant hits, Baila Morena and Amor de Colegio.

In 2005, Don Omar released the reggaeton album "Da Hitman Presents Reggaeton Latino", which broke the record for "Highest First Week Sales for a Reggaeton Album" by selling over 31,000 units in its first week, resulting a debut of #61 in The Billboard 200. Wisin y Yandel held that record until "Reggaeton Latino" was released.

He is currently signed to VI Music through Universal Music Latino.

In early 2006, the Governor of Puerto Rico, An?bal Acevedo Vil? publicly mentioned interest in having Don Omar participate in a program against School Desertion. However, the Secretary of Education has rejected Don Omar sponsoring it due to his lyrics. The local press has also mentioned that Omar himself did not finish High School.

Currently has his own record label "El Orfanato" (The Orphanage) and had a magnificent performance in the 2011 Latin Music Billboard Awards where he received the Award for Latin Rythm Airplay.