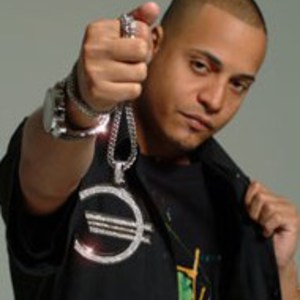 Born in Rio Piedras, Puerto Rico, to parents Diomaris Ortiz and Eddie Avila (April 26, 1977), Eddie Alexander Avila Ortiz did not waste much time before jumping into the music world with both feet. He had made clear from a young age that he longed to be a singer, and began singing and writing his own songs as early as age ten. Eddie Dee began making television appearances dancing and performing starting in 1990, and released his debut record, Eddie Dee & the Ghetto Crew, by 1993.

Various video and recording collaborations established Eddie as a rising talent in the budding Latin hip-hop/reggaeton genre. His 1997 project, Tagwut, featuring hit songs like "Senor Oficial," won him the Puerto Rican Rap and Reggae Award for Best Lyrics in the year of its release. The record was followed by El Terrorista de la Lirica (2000) and Biografia (2001), both of which were immense underground successes, solidifying Eddie as a reggaeton icon whose worked was admired even by the genre's mainstream artists who outsold him. Eddie Dee's most notable achievement came in 2004 with the release of Los 12 Discipulos (The 12 Disciples), which was ushered in by the hit song "Quitate Tu." The single featured appearances by reggaeton A-listers like Daddy Yankee, Ivy Queen, Vico C, Tego Calder?n, and more. In the following year, Dee co-authored perhaps the biggest reggaeton hit to date, the song that introduced U.S. audiences to the genre, Daddy Yankee's "Gasolina." Eddie Dee's sixth solo album, entitled El Diario de Eddie Davila was expected out in 2007. ~ Evan C. Gutierrez, All Music Guide