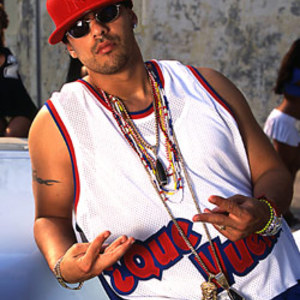 Jose Manuel Guitian, popularly known as Don Dinero, is an American-born Cuban Rap mobster music artist living in Miami. He is presently signed to Machete Music, an imprint label underneath Universal Records. Born in the rough Washington Heights section of Manhattan, Dinero found much inspiration amid New York's thriving hip-hop scene. Don Dinero is the son of Cuban exiles who arrived in the United States at the beginning of the 1960s.

Born in the rough Washington Heights section of Manhattan, Dinero found much inspiration amid New York's thriving hip-hop scene. Don Dinero is the son of Cuban exiles who arrived in the United States at the beginning of the 1960s. While growing up, Don Dinero witnessed the birth of rap and immediately became attracted to the movement. Dinero, who raps fluently in English and Spanish, says his music has been successful because Latinos were hungry for rap that spoke to their experience.

In the late '90s he and his older brother, Oscar Guitian, started their own label, Last Laugh Records, and went about making their dreams come true. Not much came of that venture, unfortunately, and Dinero decided to move himself and his family to Miami, where he believed there was ample opportunity amid the city's huge Latino population. This was in 2002, and he immediately began work on what would become Que Bola! He released the album by the end of the year, on Cuban Connection Records, and Miami's Salsa 98.3 began playing the single "Pana Pana." This in itself was landmark, as the predominantly tropical station rarely if ever played so-called urban music, but the best was yet to come, when Universal Latino offered to pick up Que Bola! for distribution, reissuing it in 2003 in an enhanced edition. Universal also green-lighted a group album, Don Dinero and the Revolu All Stars, and a DVD, Su Vida y la Calle - both of which furthered the quickly mounting buzz surrounding Dinero. Such was the buzz that Dinero and Dinero alone was chosen to collaborate with Celia Cruz on a remix of her "Son de la Loma" single, released in 2004. That year he also independently released a retrospective collection, The Best of Don Dinero, which featured his best-known songs in remixed form. All of this ascension culminated in 2005 with the release of Ahora Que S?, Dinero's long-awaited follow-up to Que Bola! The album's lead single, "Arte de la Calle," got excessive airplay in the stateside Latino enclaves of Miami, Los Angeles, New York, and Texas, setting up well the album's eventual release in July. He released his third album "El Ultimo Guerrero" on October, 31, 2006.