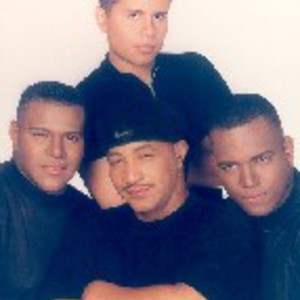 Grupo Niche is one of the world's best known salsa and cumbia groups from Colombia and it enjoys great popularity throughout Latin America. It was formed in 1980 by Jairo Varela, who became producer, director, songwriter, vocalist and guiro player. It also included Nicolas Cristanelo, on the piano; Alexis Lozano, on the trombone; Francisco Garcia, on the bass; Luis Pacheco, on the congas; as well as vocalists Jorge Bassam and Hector Viveros.

Grupo Niche's first album: "Al Pasito" was released that same year, 1980, and placed their native Colombia in a modest position in the salsa world. "Querer Es Poder" was Grupo Niche's second album, released in 1981, one year immediately after the first. The group's success was growing larger.

"Trateno" became the group's third album, which featured "Atrato Viajero", one of Varela's compositions of his teen years. And, in 1984, Grupo Niche released "No Hay Quinto Malo", which featured their signature song, "Cali Pachanguero". But, perhaps Grupo Niche's best recording was their next release, "Se Paso!", produced in 1985 under the New York Latin Records label.

In 1986, the band incorporated Puerto Rican vocalist Tito Gomez, who had previously worked with the famous Puerto Rican salsa group, la Sonora Poncena, and Ray Barretto, the Godfather of Latin Jazz. Later that year, 1986, Grupo Niche released "Me Huele A Matrimonio". Afterward, yet another Puerto Rican joined, the pianist Israel Tanenbaum, who would eventually separate from the group and join a Niche spin-off band: Orquesta Guayacan.

Some of the most famous singers from Niche throughout its changing history include Tito Gomez, Moncho Santana, Charlie Cardona as well as Willy Garcia and Javier Vasquez, now members of the group 'Son de Cali'. They have been very successful, and some of their songs are considered Classics of Salsa Music. The group still enjoys some of its past successes, and, as of 2006, is on tour, making worldwide presentations, and singing their most memorable songs.

Me Sabe A Peru (Vinyl)