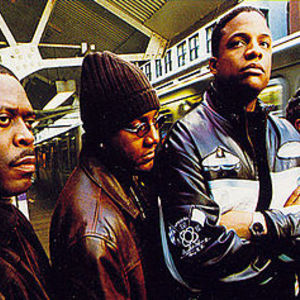 The Urban Knights is an all-star smooth jazz band which features one of jazz greats, pianist Ramsey Lewis. Their first self-titled debut album in 1995 included prominent musicians Grover Washington Jr., Omar Hakim, Victor Bailey and the Emotions to name a few. Other great musicians have collaborated throughout the years with the Urban Knights such as Maurice White (Earth, Wind & Fire), Gerald Albright, Najee, Jonathan Butler, Norman Brown, Dave Koz, Fareed Haque, and Earl Klugh. In 2000, Urban Knights III, was the supergroup's first album for the Narada label out of Milwaukee, Wisconsin.


Put together four immensely talented men whose stellar credits could literally fill a complete musical who's who; add the production skills and expertise of one of the most influential men in contemporary music; rehearse for a week and jump right into the studio immediately thereafter. The result? A sizzling piece of work, full of excitement and passion, a collaboration that captures the spontaneity and raw energy that was an integral part of the recording process for Urban Knights.

Credit for casting legendary maestros Ramsey Lewis and Grover Washington, Jr. with star players Omar Hakim (on drums) and Victor Bailey (on bass) and putting the project in the hands of the equally legendary Maurice White belongs to GRP Vice-President of A&R, Carl Griffin. He recalls, "I was looking for a new project for Ramsey, who's been a GRP artist for the last few years. I'd thought about doing a 'supergroup' kind of album and Grover was an obvious choice, especially since they'd worked together on Ramsey's Live at the Savoy album in 1982 and then, ten years later, on Grover's Next Exit. Then, Omar and Victor (who had comprised the rhythm section during the last three years of Weather Report's existence) were already on the road together with Madonna so it was natural to keep them together for this album."

The founder and creative force behind supergroup Earth, Wind & Fire, with a long history of working with Ramsey (as a drummer on his mid-'60s early Chess hits, as a touring member of Lewis' trio and later as producer of his 1975 hit, Sun Goddess), Maurice White was the perfect candidate to mastermind the sessions for this inspired musical match which took place in Chicago in the summer of 1994.

Comments White, who contributed six compositions to the album, "I was so happy that Carl called me to do the project, especially with Ramsey being an old friend. The sessions were highly improvisational and a lot of the tunes were written as we went along. Since my original musical roots are in jazz, this was like coming full circle for me and it was a tremendous experience. My idea (of being a producer) is to allow everyone around you to contribute...you don't force them [to do that] but allow them to contribute...."

Predictably, the biggest obstacle to the success of any joint project with such credit-heavy players might be the proverbial artists' egos and temperaments. White says that never came up and Victor Bailey concurs: "Often times in all-star situations, there are clashes of ego. But everyone respected each other and came together making this album a real pleasure to do."

Colleague Hakim (whose dynamic playing has resulted in gigs with everyone from Sting and David Bowie to Miles Davis and David Sanborn) reiterates the sense of kinship that existed throughout the project: "There was a real easy vibe, as if we'd already been playing together for years. It felt very natural and we were able to capture on tape the magic that happened between us musically. Playing with Ramsey.and Grover was an honor and the opportunity to work with Maurice was great, especially given how much I was inspired by Earth, Wind & Fire during my teens. I remember when I was in high school, I used to dream of being the drummer in that band!"

The camaraderie between the five individuals was evident from the very first rehearsal, recalls Lewis. "Everyone went with a positive attitude but once we got started, I got really excited. We cut three songs a day, mostly in one or two takes, and in four days, we had all ten down. For me, the combination of talent in Urban Knights made it like a once-in-a-lifetime group."

"Yes, it was like a dream gig," says the genial Washington. "I wasn't able to be there for the first few days of rehearsal so I had to learn all ten tunes on that last day before we went into the studio. Recording was like a breath of fresh air: we had the right personnel and the right producer to make the musical shifts painless. Doing an album like this lets other musicians see what options are out there, that when we have a chance to come together, we can groove and have fun--without any ego."

That Lewis and Washington are longtime buddies as are Bailey and Hakim certainly helped create a musical cohesiveness that's apparent from the driving, pulsating rhythm of "On the Radio," the opening cut all the way through to the album's closer, the insistent and infectious "Senegal," the one written collectively by White and the four principal players.

Indeed, the story behind that tune's creation says much about the harmonious spirit that was present in the making of this album. "We were on our way from the hotel to the rehearsal studio," recalls Bailey, whose wide-ranging musical history includes work with everyone from jazz luminaries Sonny Rollins and Wayne Shorter to rap's LL Cool J and R&B man Kashif. "We'd piled into two different taxis and it just so happened that both drivers were playing the same radio station, featuring a cut by an African artist..." "When we got out of our cabs," Lewis picks up the story, "we were all bobbing and weaving. When we got into the studio, we started grooving, playing what we thought we'd heard on the radio. The result was "Senegal."

The musical synthesis achieved by the group is evident on each of the album's ten cuts. "Wanna Be With You" (a White composition, originally recorded on the Earth, Wind & Fire 1981 hit album, Raisel) moves with finger-snappin' cool, background harmonies courtesy the legendary Emotions; the out-and-out funk of "Chill," features the trumpet of vet Freddie Hubbard along with rappers Sistamatik (alkla Tee) and Bonafide X Omega; and, in contrast, there's a haunting, unforgettable poignancy to "The Rose," easily one of the album's standout cuts.

For further confirmation of this album's innate musicality, check out the Latin feel of "Urban Samba" with Lewis' catchy solo or Washington's presence throughout "Hearts of Longing," a subtle, soulful cut, penned by Hakim. Listen to the insistent groove of "Friendship," the uplifting "Miracle" (to which Hakim contributed vocals) or the mellow melancholy of "Forever More" (with vocals courtesy Mike Logan), each track a testament to the kind of magic that happens when four players and one producer jointly experience musical inspiration. The special contribution of other star musicians--Henry Johnson and Paul Jackson, Jr. (on guitar), Bill Meyers (on synthesizers), and Paulinho Da Costa (on percussion)--adds the icing to this masterful collection.

Much could be written about the accomplishments that Lewis, Washington, Hakim, Bailey, and White have amassed over the years: Lewis' tenure as a best-selling recording artist spans over four decades; a 20 year-plus recording veteran, Washington is justifiably regarded as the modern day godfather to a whole generation of sax men from Kenny G. to George Howard; Hakim's stellar work with Weather Report, Marcus Miller, and in more recent times as a soloist have made him one of the most in-demand drummers on the music scene; while Bailey's distinctive style has earned him the right to cover the musical spectrum, playing pop (Madonna), quiet storm/R&B (Will Downing), and jazz (Roy Haynes).

With his early roots firmly in the jazz genre, White's legacy as the creative force behind Earth, Wind & Fire (surely one of contemporary music's most innovative bands) alongside production credits with Barbara Streisand, Neil Diamond, Deniece Williams and Jennifer Holliday speaks volumes about his artistic mastery.

Together as Urban Knights, Ramsey Lewis, Grover Washington, Jr., Omar Hakim, and Victor Bailey have created a powerhouse album that brims over with excitement and sheer joy. Beginning to end, in the words of Washington, making the album "was on." The listening experience this album evokes is just as fulfilling .