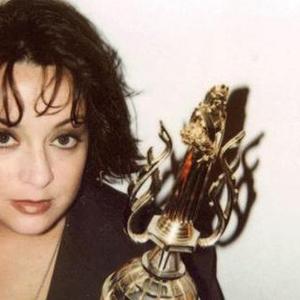 In the 1990s, Hogan sang with The Jody Grind, singing on their full-lengths One Man's Trash Is Another Man's Treasure (1990) and Lefty's Deceiver (1992). The group disbanded after two of its members were killed in a car crash. She then co-founded the Rock*A*Teens, playing bass on the guitar and singing backup vocals. She appeared on their 1996 self-titled LP and the 1997 album Cry. Her debut solo record was released in 1996, which featured covers of songs by Will Oldham and Vic Chestnutt.

Hogan left the Rock*A*Teens after the release of Cry, and signed with Bloodshot Records, releasing two full-length albums in 2000-01. Among those appearing on the records were the Pine Valley Cosmonauts, Andrew Bird, and Edith Frost. In the 2000s she also collaborated with Neko Case, The Waco Brothers, The Minus 5, Nora O'Connor, The Wee Hairy Beasties, and others.

Because It Feel Good

The Whistle Only Dogs Can Hear