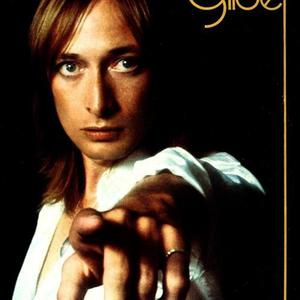 Nick Gilder (born December 21, 1951 in London, England) is a canadian pop and rock singer-songwriter. He first came to prominence as frontman for the Canadian glam rock band Sweeney Todd. They had a number one hit, "Roxy Roller", which held on to the top spot in the Canadian music charts for 3 weeks in 1975. It went on to win a Juno Award for bestselling single the following year. Feeling they had international scope, Gilder and fellow band member, guitarist and songwriting partner, James McCulloch left the band and signed an American record deal.

Feeling they had international scope, Gilder and fellow band member, guitarist and songwriting partner, James McCulloch left the band and signed an American record deal. Gilder's first album attracted some critical praise but failed to break into the commercial mainstream. It wasn't until his second solo album, which spawned the smash hit "Hot Child In The City", that Gilder finally had chart success in the United States.

That song went to No.1 both in Canada and the U.S. It also earned Gilder two more Juno Awards: 'Best Selling Single' and 'Most Promising Male Vocalist of the Year'. He also won a People's Choice Award in the U.S. With several successful songs on the topic of wayward youths, he gained the nickname "The Nabokov of the Jukebox". Later releases proved less successful, and interest in Gilder's own music waned over the 80s and 90s compared to his 70s heyday.

However, Gilder has also been successful as a songwriter for artists such as Patty Smyth, Bette Midler, Joe Cocker and Pat Benatar. In 1984, the band Scandal had a number one hit with "The Warrior", which was written by Gilder and Holly Knight, and it earned him a BMI Airplay Award. The song experienced a resurgence among a later generation when it was included in the guitar hero video game series.

Gilder's songs have been used in several movies such as Youngblood with Rob Lowe and The Wraith with Charlie Sheen as well as in TV series such as Sex and the City and That '70s Show. Returning to Canada in the mid-1990s, Gilder quickly became a favorite in the classic rock music festivals across Canada, where he continues to record and tour.

The Best Of Nick Gilder: Hot Child In The City

You Know Who You Are (Vinyl)