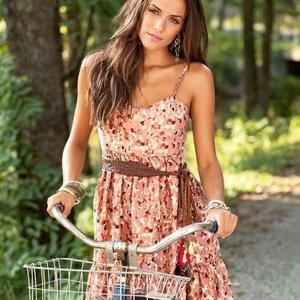 Jana Kramer (born December 2, 1983 in Detroit, Michigan) is an American actress. Kramer played Noelle Davenport on Friday Night Lights and Portia Ranson on 90210. She played a sorority girl interested in Turtle in Entourage. In 2009, Kramer signed on to become a series regular in The CW's One Tree Hill as Alex, an actress who becomes the new face of Brooke's fashion line, "Clothes Over Bros". On December 22, 2009, Kramer got engaged to Jonathon Schaech.

The couple met while co-starring in the movie Prom Night in 2008. The Why Ya Wanna Songfacts reports that in February 2011, Kramer signed with Warner Bros. Nashville Records and after a couple of promotional releases, "Why Ya wanna" was released as her first official single. She debuted the song on the One Tree Hill eighth season finale on May 17, 2011.