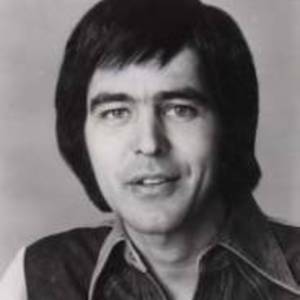 America's Favorite Jim Stafford Songs In 1974, Jim wrote and recorded his first chart making song, ?The Swamp Witch?, produced by his boyhood friend Kent LaVoie, (known as Lobo). He followed with a gold single, ?Spiders and Snakes?, which stayed on the American pop charts for 26 weeks. The hits just kept coming and included ?My Girl Bill?, ?Wildwood Weed?, and the wonderfully satirical ?Cow Patti?, written for the Clint Eastwood movie, Any Which Way You Can, in which Jim appeared.

National Television Star
Jim launched his television career with The Jim Stafford Show on ABC in 1975. His numerous television appearances included music specials, variety shows, and talk shows. He co-hosted the popular prime-time show ?Those Amazing Animals? with Burgess Meredith and Pricilla Presley. Jim also hosted 56 episodes of ?Nashville on the Road? and made 26 appearances on the ?Tonight Show?. He has hosted many major award programs, including four True Value/GMC Truck Country Showdowns. In 1987 and 1988, Jim was a regular performer and head writer/producer for the Emmy-nominated Smothers Brothers Comedy Hour. He has also worked with Joan Rivers, Tina Turner, Sammy Davis Jr., Bruce Springsteen, and many others.

Songwriter
Jim wrote many of the songs for which he is famous and has brought his inimitable style to several movie soundtracks. He received a gold record for his work in the Disney movie, The Fox and The Hound, and writes for other popular artists such as his ?Can't Get The Hell Out of Texas?, recorded by George Jones and Jerry Reed. Recently Jim has written and recorded such songs as ?Don't Tell Mama I'm A Guitar Picker?, ?Don't Be Chicken When It's Time To Crow?, ?Talk That Guitar? and more. He just released his second classical guitar album, ?Somewhere In Time? (March 2002)

Live Performer
Jim's first love has always been to perform in front of a live audience. This love brought him to Branson, Missouri, where he owns a theater and entertains visitors all year long. The singer, songwriter, comic genius, and entertainer extraordinaire is self-taught on guitar, fiddle, piano, banjo, organ, harmonica, and the human brain ? he might bring any of them into play at any moment. Blimps whirl, flying saucers hover, guitars drop, cows stampede, tornados touch down and Chihuahuas are saved, all in one experience at the Jim Stafford Show. From the opening moments of his zany show you're in for an action-packed adventure and some incredible guitar playing. Laser lights, a real 3-D Virtual Thrill Ride (created and developed in-house at Jim's theater), black light magic and more are just a few of the deliriously delightful surprises that await you at the Jim Stafford Theatre. Jim arrived in Branson in 1990 and has entirely remodeled his theater in a unique art deco style, reminiscent of the great theaters of the 40's and 50's. From the award winning landscaping to the lighting and sound, Jim's theater adds to the complete enjoyment of his visitors.

Personal
Jim Stafford, his wife, Ann, and their two Children, Sheaffer and GG, live just outside of Branson, on Table Rock Lake. Ann is a behind the scenes creative and business partner. Sheaffer is 9 years old now and has joined his father on stage since he was 10 days old. He is a favorite as Branson's Littlest Musician. Sheaffer plays the drums, slide guitar, fiddle, glockenspiel, and piano during the show. GG (Georgia Garland) is 5 years old and also joins her father on stage. Jim was born in Winterhaven, Florida and recently inducted into the Polk County (Florida) Hall of Fame. In high school, Jim and his friends, songwriter Bobby Bradock, Kent LaVoie and Gram Parsons (of the Byrds) played together in a band with Jumpin' Bill Carlisle. Jim was introduced to comedy playing in Nashville as a young musician. While writing, producing, directing, and performing his own show, Jim has twice received the Area Appreciation award for his service to the Tri-Lakes Community (1992 & 1997). Along with this, Jim hosted, co-wrote, and produced the nationally syndicated radio show, Branson USA; received the Mayflower Tours, Inc. award as one of their top ten suppliers in North America; co-wrote the script for the show ?Patsy? and wrote and produced the new musical theme of the Ozarks Discover IMAX Theater in Branson entitled ?Neighbors?. Recently, Jim's play Neighborhood Watch premiered on the Springfield Little Theatre stage and ran for a season in Branson. Jim and his wife Ann received the coveted Ambassadors Award from the Branson Lakes Area Chamber of Commerce and led the drive to extend Branson to a year round destination in a promotion called ?Hot Winter Fun?. Jim says of his life on Table Rock Lake, ?Every day in Branson is a wonderful day, if you don't think so, just try skipping one?It's exciting having the opportunity to do what I enjoy the most and be a part of a wonderful community like Branson?.