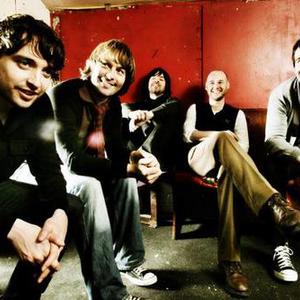 Songs crafted in the dim half-light of the Attic are finding their way out into the world. Attic Lights are currently recording their debut album with producer Francis MacDonald (Teenage Fanclub, Camera Obscura and Shoeshine Records). The band have recorded a song with Duglas T Stewart of BMX Bandits which is featured on the Bandits' album 'My Chain'. Their music has been featured on BBC 2's 'The Culture Show', BBC Radio Scotland, Scottish TV, XFM Scotland, XFM London and BBC Radio 2.

They have made numerous television appearances, including both series of BBC Scotland's 'The Music Show', 'Rapal TV' and Scottish TV's 'Nochd Gun Chadal'. This summer and last they performed at T in The Park, and in 2006 they played The Wickerman Festival, Belladrum Tartan Heart Festival, GoNorth festival, Loopallu and Manchester's In The City. Formed in Glasgow's West-End, Attic Lights' sound was moulded in a secluded attic until Kev, Tim, Colin, Noel and Jamie were happy with the magic they had created. Inspired by The Beach Boys, Flaming Lips, Teenage Fanclub and Guided By Voices, Attic Lights create music which is both classic and completely of the moment

Love In The Time Of Shark Attacks