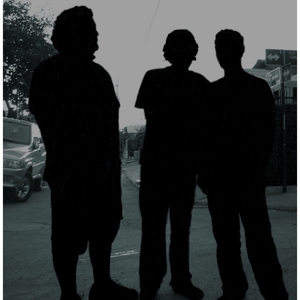 phi is an Austrian New Artrock / Progrock-Band currently located in Baden bei Wien. Their influences are very diverse, the most prominent ones being other progressively thinking rock bands, like Tool, Porcupine Tree, Amplifier, Anathema, King Crimson, Pink Floyd. The first incarnation of phi (with Peter Leitner on bass guitar) existed from 2006 to 2008, playing at many small festivals and finally achieving success at several band contests.

The first incarnation of phi (with Peter Leitner on bass guitar) existed from 2006 to 2008, playing at many small festivals and finally achieving success at several band contests.

In october 2008 the band won the first prize (Falco-Preis) at the Austrian finale of the podium.jazz.pop.rock contest, impressing the jury that consisted of known Austrian professional musicians. The scale of the band's songs and performance was compared to the big Progressive Rock bands of the seventies, including Pink Floyd, Genesis and Yes.

The connections and the reputation of the band reached a new height, but still the time of this incarnation was over.

The remaining Nick Koch and Markus Bratusa spent the following year with re- and overthinking the concept of the band, further deepening the connections to the Viennese music scene, and finding new musicians for the band who share the love and the needed abilities and attitude for this special, difficult kind of rock music.

In february 2010 Arthur Darnhofer-Dem?r and Christoph W. Pirker joined the band on bass and keyboards/synths - and thus the second incarnation of phi was born, hoping to energetically realize the band's potential.

In early 2011 Christoph W. Pirker left the band, and phi became a rock-trio with sampled electronic-sounds, again, winning the 41th Newcomer Contest in Graz, and the Ost Rock Trophy in Fischamend.

At the same time the first full-length album "For The Love Of Ghosts" was made, and released in July 2011.

There is also second artist using this name.

Now The Waves Of Sound Remain

For The Love Of Ghosts