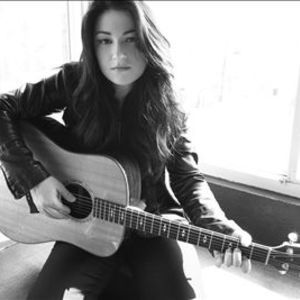 Singer/Songwriter Jennifer Knapp released much anticipated new album Letting Go on May 11th, 2010. This is the first album of new music from Jennifer in 9 years and is released on her own independent record label, Graylin Records. On another continent, some 9000 miles from the United States, is a corner of the earth where there is no Internet, no electricity, no telephone. From wherever you stand, you see red dirt and sky, well-adapted wildlife, rock piles next to dirt roads that seem to go on and on forever.

On another continent, some 9000 miles from the United States, is a corner of the earth where there is no Internet, no electricity, no telephone. From wherever you stand, you see red dirt and sky, well-adapted wildlife, rock piles next to dirt roads that seem to go on and on forever. Desolate but not empty, the Australian outback offers people the chance to revel in the open space and solitary oneness this striking terrain provides. Had you traveled that same path years ago, you may have passed Jennifer Knapp along the way, a Grammy nominated, Dove Award winning artist, who was happy to let go of all the success she had to live a very different kind of life traveling to the most remote corners of Australia, looking to reclaim a part of herself she felt she lost in all the excitement of her accomplishments.

And then one day she decided to come back.

Before you start with any Eddie and the Cruisers comparisons, please note that Jennifer didn't fake her own demise. She just decided to take a break, though at the time, she wasn't sure she'd ever return. Considering Jennifer has over sold over 1 million records, spent years successfully playing to sold out audiences and had a considerable fan base, the choice wasn't an easy one but definitely necessary. ?I didn't play, I didn't write, my guitars collected dust for 5 years. I completely had to divorce myself from the whole thing because I never really took ownership of what music meant for me as an individual. I needed to figure that out, so I really left the music business with the idea that I may not ever do it again.?

At first, Jennifer set out to go to all the cities she had toured in, but never had a chance to visit. Growing up in a tiny town in Kansas, the trips across the US and Europe were exciting. This led to a jaunt to Australia, where she decided to stay. Walking away from her career wasn't easy, as Jennifer was riding high on the wave of success. Having cultivated an audience within the Christian music spectrum, Jennifer's first 3 albums were all critical and commercial successes. She won her first Dove Award in 1999 for Best New Artist, scored 2 Grammy nods and another Dove nomination in 2003. She opened for Jars of Clay, spent some time on the Lilith tour and continued to grow her audience, who clamored for more of her folk-rock message of spirituality and love. People magazine touted Jennifer as an ?uncommonly literate songwriter,? but just as she was at the top of her game she?let go.

After seven years spent traveling, mastering the Playstation and spending time working at an antique store (and actually loving that she dreaded going to work in the morning like a ?normal? person), Jennifer began to re-visit what made her happiest. ?I had to go through a mourning process of walking away and convincing myself that it didn't matter if I played music anymore. But it was hard, and the whole time I was gone, it was like I had a shadow following me. I began to return to it in my own private time, getting out my guitar, starting to play and falling in love with music again without any expectations. I just wanted to play because it meant something to me.?

Struggling with being a normal person with an abnormal occupation, Jennifer finally made peace with what she did best. ?I was really enjoying the music I was playing at home. Half the record was written in Australia and as I played it, friends were responding to it. It fanned the flame. There are sad parts of working in the industry that made me feel disconnected, but I realized I was just afraid and was hiding. It seemed a shame that I could share my songs with people and I wasn't doing it. I hadn't worked in 7 years and there were fans on the Internet holding vigils for me to play again. It took me a long time to understand that connection and now it's a passion of mine. In a true sense it's a gift ? you give it because you don't want it back, and you want it to bless the person receiving it. What an amazing opportunity for me to have.?

Returning to Nashville, Jennifer holed up in the studio to begin recording the aptly named Letting Go, her fourth studio album. With Producer Paul Moak, best known as his work as a studio musician for artists such as Mat Kearney, Amy Grant and Michael W. Smith, at the helm, Jennifer had no intention of resting on past laurels. With Paul, they put together a whole new band of hungry young musicians and got to work. With the exception of longtime bass player Tony Lucido, the guys in the studio were musicians Jennifer had never even met before, who brought an energy she was craving. ?All risk and high reward? is how she explains her new band with which she had an instant camaraderie.

While Jennifer made her initial mark in the Christian market, her time away made her realize that while she would never turn her back on that belief, she didn't want to exclude any one else, either. As with past releases, she had gotten used to the focus on her song writing, that it was viewed as somewhat unusual for the Christian music industry. However Jennifer was always celebrated for her honesty and human approach to the divine, and she looks at Letting Go as a continuation of pushing those limits. ?It was a struggle, because I was used to writing lyrics one way. I had to break that yolk to write a record that was honest about how I feel about life. It is the voice of people that I am concerned in preserving here, our right to express our deepest souls without the fear of condemnation. It's my hope that the music feels legitimate and meaningful for whoever hears it. I wanted this record to reflect that.?

The result is the astonishing straightforwardness of Letting Go, an album of stripped back folk and country tinged rock that is as intimate as it is expansive. The musical warmth of Letting Go spreads throughout the record. From the wry opening words (?careful what you say, careful who might hear??) of ?Dive In? to the lyrical play of ?Want For Nothing? and the evocative rocker ?Inside,? Letting Go observes the world around it with captivating perception.

To say that Jennifer Knapp has come full circle would be a fair assessment. Beside the record release, Knapp has been asked to play on the re-vamped Lilith Fair tour, the first one in 10 years. Since Jennifer played on the last one in '99, being asked to play the re-launch is very special, a reminder of why Jennifer came back to her musical roots. ?There is a strong sense of community that has been in the back of my mind throughout this whole process. I want my core audience to find something familiar, but refreshed, on Letting Go. At the same time, I am so happy to throw off any cloak that has been put upon me that would make any music lover hesitate to listen to my music. I am so excited to bring all different types of people to my party. I've written this for them.?

Love Comes Back Around