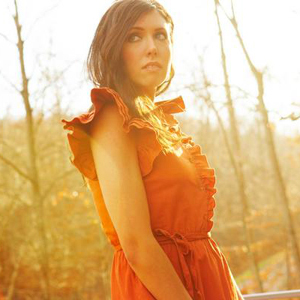 Francesca Battistelli (born May 18, 1985) is an Italian-American christian musician from New York City, New York. She was originally an independent artist and had released an independent album, just a breath, in 2004. Her first studio album on Fervent Records, My Paper Heart, was released on July 22, 2008. According to the Free To Be Me Songfacts, "Free To Be Me" was released as the second single from the album and it shattered records in becoming the most added song by a female artist in Christian radio history and holding the #1 slot for ten consecutive weeks.

Francesca Battistelli is no stranger to the stage. Raised by parents immersed in the arts and Broadway, she developed a love of music, theatre, and performance at a young age. But instead of using these talents for applause and accolades, Francesca prefers to point people to something beyond herself --towards hope in Christ. Her soulful piano-pop sound resembles a blend of her music interests -- jazz, rock, gospel and R&B -- woven beautifully together with themes of trust and risk-taking. In a noisy world filled with sounds and images, we cry out for an authentic voice--one who is not afraid to speak truth and purpose to a generation. In singer/songwriter Francesca Battistelli, we have found that voice.