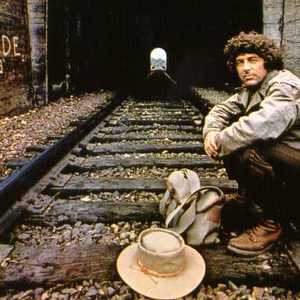 David Ackles (February 27, 1937 - March 2, 1999) was a Californian singer-songwriter of the 1960s and 1970s. Although he never gained wide commercial success, he influenced other artists, especially British singer-songwriters such as Elvis Costello, Elton John and Phil Collins all of whom are self-declared fans of Ackles. When Collins was on the British radio show Desert Island Discs, he selected Ackles' song "Down River" as one of his eight most favorite songs.

Although he never gained wide commercial success, he influenced other artists, especially British singer-songwriters such as Elvis Costello, Elton John and Phil Collins all of whom are self-declared fans of Ackles. When Collins was on the British radio show Desert Island Discs, he selected Ackles' song "Down River" as one of his eight most favorite songs. When Costello was inducted into the Rock and Roll Hall of Fame in 2003, he cited Ackles in his speech as one of his major influences.

His first album, the eponymous David Ackles (1968), did not achieve commercial success, but was influential among singer-songwriters. This and his follow-up 1969 release, Subway to the Country, featured songs that melded strong theatrical influences with piano-based rock. His songs reflected the views of their characters-narrators, many of whom were societal outcasts. In this way he presaged many of the songs of Bruce Springsteen and Steve Earle.

His best known work was his third album, American Gothic, released in 1972, which was produced by Elton John's lyricist Bernie Taupin. Though it did not enjoy big sales, the album was highly acclaimed by music critics in the US and UK. The influential British music critic Derek Jewell of the UK The Sunday Times described the album as being "the Sgt. Pepper of folk". Alone of Ackles four albums, it was recorded in England rather than in America. Taupin and Ackles had become acquainted when Ackles was selected to be the opening act for Elton John's 1970 American debut at the Troubadour in Los Angeles. Elton John referred to his admiration for Ackles' talent in the booklet for his 4-disc retrospective box set To Be Continued released in 1990.

After three albums for Elektra Records, Ackles left the label and was signed to CBS/Columbia Records by legendary record executive Clive Davis - then President of the company. Ackles recorded one album for Columbia, Five & Dime. The album was released the same month as Davis was abruptly dismissed by CBS over an expenses dispute and with the loss of the executive who had signed him and was championing his album, the release fared poorly. After this disappointment, Ackles decided to abandon his recording career and concentrated on songwriting and writing stage musicals. He also taught musical theater at the University of Southern California.

Ackles' songs were occasionally covered. In 1968, Julie Driscoll & the Brian Auger Trinity had a minor UK hit with Ackles' song "Road to Cairo". This song was also covered by Howard Jones in 1990 on Elektra Records' 'Rubaiyat' album celebrating the 40th anniversary of the label - an album on which the label's then current artists performed cover versions by earlier Elektra artists. Martin Carthy covered one of his songs, "His Name is Andrew", on his 1971 album Landfall.

All four of his albums have been re-released on CD, most recently his final album, 1973's Five & Dime, with bonus tracks featuring other musicians' covers of Ackles songs.

In his childhood, Ackles had been a child actor, appearing in the latter six of the eight films in Columbia Pictures' Rusty children's film series made 1945-1949.

Ackles died of lung cancer on March 2, 1999, at the age of 62. After his death there were obituaries in several major British newspapers that eulogized Ackles' talent.

Subway To The Country