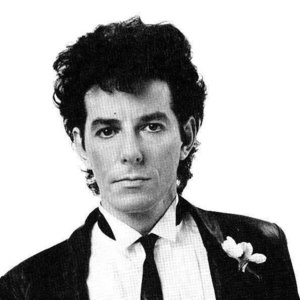 In 1979 Robert Hazard recorded a demo of the song "Girls Just Want To Have Fun". Which was later re-recorded by Cyndi Lauper, who made the song a hit in 1984. This was followed in 1981 by demos of the songs "Escalator of Life" and "Change Reaction". These two songs received extensive radio airplay in Philadelphia. Around this time, Kurt Loder from Rolling Stone magazine chanced upon a performance by Robert Hazard and the Heroes at a Philadelphia club. Loder was so impressed by the band's show that he wrote a full page article about them in the November 1981 issue of Rolling Stone.

In the article, he predicted that the "limousine life" could not be far away for this band from Philadelphia.

In 1982, Robert Hazard and the Heroes released their highly anticipated debut record. The self-produced and self-titled five song EP quickly sold over 300,000 copies in the Philadelphia area. Soon thereafter, the record caught the attention of the recording industry and the band was signed to an eight album deal by RCA. RCA released a remixed version of the EP nationally and Rolling Stone magazine gave the record four stars.

In late 1982, Robert Hazard removed The Heroes from the marquee and replaced two of The Heroes, John Lilley and Rob Miller with new band members. The band's new line-up performed "Change Reaction" and "Escalator of Life" on Dick Clark's American Bandstand TV show. Around this time, Cyndi Lauper recorded the '80's anthem "Girls Just Want To Have Fun". (See VH1 VJ talk about the song.) Her version was a huge hit, peaking at number 2 on the Billboard charts in 1984.

In 1984, Robert Hazard released his highly anticipated first full length album - "Wing of Fire." This album was intended to expand musically upon the song material that he had been playing live for the past few years. However, the production of the record suffered due to too much involvement from RCA management. Regardless, the record received an impressive advance order of 89,000 copies. Unfortunately, the record promotion was hampered by management changes at RCA, and sales stalled.

In 1991, Robert Hazard and the Heroes reunited for a 10 year reunion concert at the now defunct Chestnut Cabaret on 38th Street in Philadelphia.

In 1998, Robert Hazard released the "Howl" CD, and began performing in the Philadelphia area with his new band, The Hombres.

In July 2002, Robert Hazard released a limited edition compilation CD, titled "Out of the Blue", that featured classic Hazard songs from the eighties. In the summer of 2003, after a five year hiatus, he returned to the studio and recorded "The Seventh Lake" CD which was produced by the T-Bone Wolk. In 2004, Robert Hazard recorded and released the "Blue Mountain" CD.