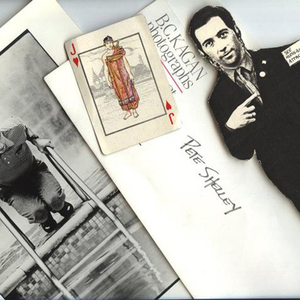 Pete Shelley (born Peter McNeish on April 17, 1955 in Leigh, Lancashire, England). is the lead singer-guitarist and songwriter of Buzzcocks, one of the first generation of punk groups. In 1981, Pete Shelley released his first solo single, the song "Homosapien", which had originally been written for the next Buzzcocks LP. On this recording he returned to his original interests in electronic music and shifted emphasis from guitar to synthesizer.

The song was banned by the BBC for "explicit reference to gay sex", which didn't stop it from becoming enormously popular in dance clubs in Europe and North America. At this time, Pete Shelley also talked about his bisexuality, which had been implicit in many of the Buzzcocks songs he had written but now came to attention due to "Homosapien" and the BBC ban.