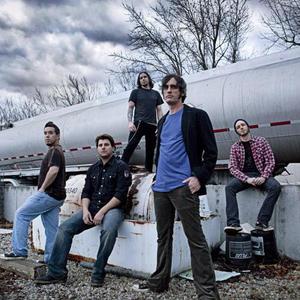 In late 2004, Red Line Chemistry emerged and was immediately embraced by the masses and has since seen regular play on multiple radio stations throughout the Midwest. "Red Line Chemistry's 2006 debut album, Chemical High and a Hand Grenade, boasts professional production, crisp dual-guitar riffs and neo-grunge harmonies. Along with all its airwaves-baiting qualities, RLC has the look and the hooks to attract national interest!".

Feedback on the album has been nothing but positive, and with the single "The Empty" currently in rotation on KQRC 98.9 The Rock, fan support is growing leaps and bounds. With influences of the old and the new, they are insatiably determined to take on the world and bring back the raw attitude of old school rock. RLC has shared the stage with a number of national acts including Godsmack, Three Days Grace, Killswitch Engage, As I lay Dying, Sum 41, Buckcherry, Breaking Benjamin, Sevendust, Chevelle, Puddle of Mudd, Saliva, Drowning Pool, COLD, MachineHead, Pigmy Love Circus, and 30 Seconds to Mars. Recent festivals include Kansas City's Rock Fest 2007 and The Warped Tour.

Dying For A Living

Chemical High And A Hand Grena