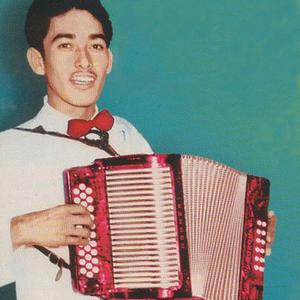 Flaco Jim?nez (born March 11, 1939) is a Tejano music legend from San Antonio, Texas. Jim?nez's father, Santiago Jimenez Sr. was a pioneer of conjunto music. He plays the accordion. By the time he was seven years old, Flaco was performing with his father. He began recording at fifteen, as a member of Los Caporales. He played in the San Antonio area for several years, and then began working with Douglas Sahm in the 1960s.

Sahm, better known as the founding member of the Sir Douglas Quintet, played with Jimenez for some time. Flaco then went on to New York City and worked with Dr. John, David Lindley, Peter Rowan, Ry Cooder and Bob Dylan. He appeared on Cooder's innovative world music album Chicken Skin Music. This led to greater awareness of his music outside America and after touring Europe with Ry Cooder he returned to tour with his own band, and on a joint bill with Peter Rowan.

Jimenez won a Grammy Award in 1986 for "Ay Te Dejo En San Antonio", a song of his father's. He was also a member of the supergroup Texas Tornados, with Augie Meyers, Doug Sahm and Freddy Fender. The Texas Tornados earned a Grammy Award in 1990, and Jimenez earned one on his own in 1996, when his Flaco Jimenez won the Grammy Award for Best Mexican-American Performance. In 1999, Flaco earned another Grammy Award for Best Tejano Performance (Said and Done, Barb Wire Records), and one for Best Mexican-American Performance as a part of supergroup Los Super Seven. Jimenez has also won a Best Video award at the Tejano Music Awards and earned a Lifetime Achievement Award from Billboard Latin Magazine for "Streets of Bakersfield" with Dwight Yoakam and Buck Owens.

Jimenez has appeared in the film Picking up the Pieces, with Woody Allen and Sharon Stone. He also appears on the soundtrack to that movie, and in many others, such as Y Tu Mam? Tambi?n, The Border , Tin Cup and Striptease.

Typical Border-Music From Texas And Mexico