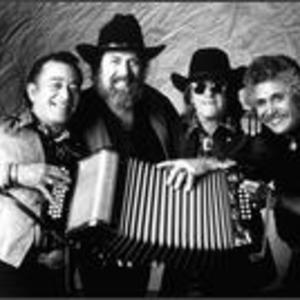 Texas Tornados was a Tejano band and its music was a fusion of rock, country and various Mexican styles. The initial combination of these musicians happened almost by chance at a concert performance of a mutual acquaintance. After Freddy Fender, Flaco Jimenez, Augie Meyers and Doug Sahm performed in front of a San Francisco audience, they all knew the genuine bond they felt in their music could probably be taken to another level. After they initially performed as the Tex-Mex Revue, they took the title Texas Tornados, after Sahm's song and album of that name.

Another account of the group's birth says they formed when record company executives looking to cash in on regional music sales approached Sahm and Meyers around 1990, and they brought in longtime friends and collaborators Fender and Jimenez. Sahm had released albums under the name Texas Tornados as early as the 1970s, some featuring Fender or Meyers. Jimenez and Meyers played on Sahm's Atlantic Records debut in 1971.

Individually, this quartet has had major success. Corpus Christi-native Freddy Fender was a cross-over success story around the world with hits like "Before the Next Teardrop Falls" and "Wasted Days and Wasted Nights".

Flaco Jimenez has played with acts ranging from the Rolling Stones to Dwight Yoakam. He also is known as the "Father of Conjunto Music" (Flaco plays the Conjunto accordion).

Augie Meyers has shared the stage with the likes of The Allman Brothers Band and Bob Dylan. He's also a member of the Texas Music Hall of Fame. Doug Sahm and Augie Meyers were both members of the 1960s pop-rock band the Sir Douglas Quintet, with hits such as "She's About a Mover" and "Mendocino" to their credit. Sahm, Meyers and Jimenez are from the San Antonio area.

The band's 1990 debut was recorded in both English and Spanish versions. The Texas Tornados were asked to perform all over the world at places like the Presidential Inauguration of Bill Clinton, the Montreaux Jazz Festival, as well as regular appearances at Farm Aid and the Houston Livestock and Rodeo Show.

Among their other albums is Live From The Limo, this was the last album to be recorded that featured the complete lineup, as Sahm died in 1999, the year of its release. Fender, who had health problems in later years, died in 2006. Their 2005 Live from Austin album was a recording of a 1990 performance on the TV series Austin City Limits.

People sometimes refer to their lyrics as Spanglish because of the mixture of English and Spanish in the same song, in addition to pronouncing the Spanish lyrics in an American accent, which is evident in their hit, "(Hey Baby) Que Paso". An example is the lyric: "Don't you know I love you / and my coraz?n is real?", where the word coraz?n (Spanish for "heart") is improperly pronounced IPA: [?k????so?n] with an obvious American accent instead of IPA: [ko?a?son], the proper Latin format. The band's self-titled debut album was offered in Spanish and English-language versions.

Recently, Shawn Sahm reunited with the remaing Tornados, Augie Meyers and Flaco Jimenez and together with five previously unreleased songs from Freddy Fender and one original from Sir Doug along with some of Augie Meyer's trademark songs recorded for the first time by the Tornados. What emerged was the CD "Esta Bueno" which was produced by Shawn Sahm and released nationally by Ray Benson's Bismeaux Records. Esta Bueno was released in March 2010.

Live From The Limo Vol. 1

Hangin' on by a Thread

Zone Of Our Own