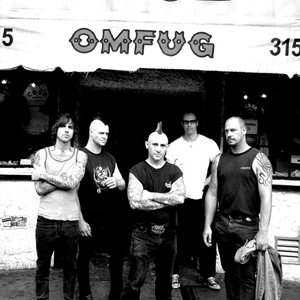 The Abrasive Wheels were by far the biggest punk band from the Leeds area, who specialised in the sort of massive rowdy choruses that could put an ear-to-ear smile on the face of a dead man. Like so many of those intense bands of the time, their fire burnt brightly for just a relatively short time, but the shadows it cast, and the colourful musical legacy they bestowed the punk scene, were both important and influential.

When The Punks Go Marching In