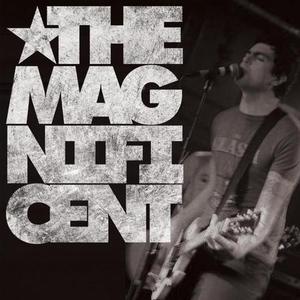 Magno (also known as Magno the Magnificent) is a rapper who started out working with Mike Jones from Swishahouse in Houston,Texas. He started out doing underground rap music, releasing a mixtape of freestyles called Collection Plate. Magno also released an album with Mike Jones called 1st Round Draft Picks. Magno left Swishahouse following a financial dispute in which Mike Jones demanded at least 80 percent of the profit from the concerts because he felt that he was the more popular rapper. That would have left Magno with twenty percent, an amount that wasn't enough to sustain him financially.

Magno felt that they had both contributed equally to 1st Round Draft Picks, and that he was entitled to an equal portion of the profits, but when Mike Jones refused to take anything less than eighty percent Magno left Swishahouse and formed his own label called Wild Life Records. He then in 2004 released a mixtape called The New Print in which he came out with a song called "Before I Move On" which describes why he spilt up with Mike Jones. Magno has been featured on several underground and mixtape albums with Chamillionaire, Big Sid, Deetha Savor, Mike Jones, DJ Bull, DJ Storm, DJ Clue, Ryno, DSR, and Chingo Bling. He was in a video called Yahoo Pepsi Smash Exclusive: Houston Mic Pass with Lil' Flip, Chamillionaire, Trae, Chingo Bling, Bun B, Short Dawg, Big Hawk, and Mike D.