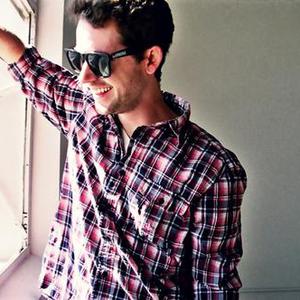 1) ?Woody devoted himself completely to music ? for him the only thing that counts is music.? (Rainald Goetz in his book about the German Dance Movement) Woody is the original sonic funkateer whose life is completely focussed on music and his very own definition of FUNK. He's a genuine kind of a guy, needing nothing more than two turntables, a mixer and an audience to know he's alive. For him DJing and making music is not just a job, it's his destiny. Watch him spin and you know where he's coming from...complete concentration...constant mixing...scratching... Woody works the crowd.

Woody is the original sonic funkateer whose life is completely focussed on music and his very own definition of FUNK. He's a genuine kind of a guy, needing nothing more than two turntables, a mixer and an audience to know he's alive. For him DJing and making music is not just a job, it's his destiny. Watch him spin and you know where he's coming from...complete concentration...constant mixing...scratching... Woody works the crowd.

Rewind back to the mid-80's when Woody started off in Munich's graffiti and breakdance scene. Already a superb breakdancer, he soon became an even better DJ. Woody played his first gigs in Munich's famous "Babalu" Club". It was here that Woody and friends launched the Munich Techno scene with an infamous Afterhour Series that was soon forbidden by Bavaria?s similarly infamous council. Thanks to his Godgiven talent and hard work, Woody was soon getting booked into the techno clubs of Berlin, Cologne and Frankfurt, ultimately opting for a permanent move to the techno capital Berlin in 1992.

In Berlin Woody took the chance to become Resident DJ in the town's best and most influential club concept "Planet", which later became the world-famous "E-Werk". Woody's star rose to unbelievable heights as he completely controlled the crowd. His music brought this remarkable venue to life and his cross-pollenation style from pumping techno & smokin' house to electrofunk and several oldschool dance classics was a blueprint for numerous DJs who heard and saw Woody play. He rocked the house and laid the foundation for Berlin's nightlife fame, playing a key role in the genesis of Berlin's own club sound.

Since then Woody has become one of Germany's most respected club DJs playing right across the musical spectrum from techno to house and back again, flavoured with a freestyle approach and obvious funk and electro roots. Woody has travelled all over continental Europe (including the east), Scandinavia, USA and Japan to spin in virtually every (good) club, showing off his unique track selection and brilliant DJ skills. Other remarkable highlights of Woody's thrilling DJ career are his annual appearences at the Love Parade finale.

On his home patch, Woody always likes to run his own club nights where the guest programme is decided by him, as well as supervising the visual aspect, which is an important element of the nightlife experience: perfect music and freaky visuals!

Woody is also the man behind the extremely successful Fumakilla Label which he launched in 2000 after he finished the production of his first tracks. Its aim is to become a homebase for lots of upcoming producers and the definition of modern clubfunk. Due to the fact that his first ever remix (Woody vs. Kissogramm "If I had known this before") directly entered the German charts, he's now one of the most sought after remixers in Germany. In 2002 he remixed the likes of Felix da Housecat and 2-Raumwohnung. His production combines quality undergroud music with a strong international appeal and the potential to attract a bigger audience. You can hear the influences of Chicago Jack-House, Detroit Techno and various electro extracts and his B-Boy definition of sound. In every single track you can trace Woody's talent for minimal changes in the melody which catch just about every crowd. If you need to give it a name, file under FUMAKILLA FUNK.

2) Woody is a drum and bass/electronic artist based in Nottingham, UK.

3) Woody was a punk rock band from Hawaii.

4) Woody is a musician in the brony community who primarily creates orchestral instrumental music. http://www.youtube.com/user/JWoodony