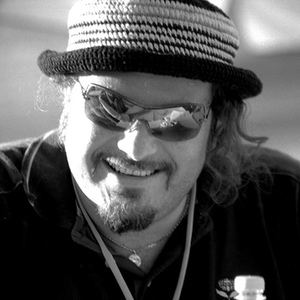 Greetings! We all know how hard it is to find great music for television and film. And once it's been found, you have to go through the hassle of getting sync and master rights. Not any more - here is some music from singer/songwriter, Cisco.....Cisco who has written songs and worked with Dwight Yoakam, Mike Ness, Buck Owens, Flaco Jimenez, BJ Thomas and legendary guitarist and producer Pete Anderson (Dwight Yoakam, Michelle Shocked, The Meat Puppets.) Ciscos song 'All Right I'm Wrong' was nominated for ?Vocal Event of the Year? by the Academy of Country Music.

Wishing you well from the Pink Motel and 7740 Valmont Street received much critical acclaim and has caught the ears of radio. He also has two songs in the Movie 'Spark' starring Terrance Howard

.......... Cisco continues to record and has a back catalogue of songs that belong solely to himself. Please feel free to contact him if you are interested in obtaining any of his music. Here are just a few of the reviews..............

An exhilarating trip that takes off from human experience to touch on the ineffable.


..........A refreshing twist on serious country rock............ His songs about people, places and unlikely circumstances - make him sound like he's already been through a few lifetimes of human experience already,Tomm Carroll from Entertainment Today


The Bottom Line. This is one of those impossible-to-box-in genre busters?. but no matter what you call it. It's nothing short of exceptional. Kathy Coleman

A Californian with a bent for genre-stretching country- "POP 10"

.... From the harmonica-laced title track to the rawboned honky-tonk of "Miss America," the ringing country-rock of "I'm Yours," and a couple of tunes that recall vintage Rod Stewart, Cisco conveys a winning presence of his own. N.C. Philadelphia Inquirer................

Tony Peyser from The Santa Monica Mirror writes, ??it's a postcard from a musical vagabond whose wandering days are still vivid in his mind.

You can smell the cigarette smoke and see the dust and dreams floating by.? N.C. Philadelphia Inquirer