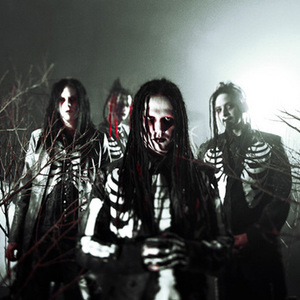 Wednesday 13 is a horror punk band, fronted by Wednesday 13 of Maniac Spider Trash, Murderdolls, Frankenstein Drag Queens from Planet 13, Bourbon Crow fame. The group formed in 2004 and continue to play. The genre of music is a mix of death rock and punk with lyrics heavily inspired by horror movies. All music and lyrics are written by the vocalist Wednesday 13. All guitars, bass, keyboards and vocals on the recordings are by Wednesday 13. Coner drummed on their debut album, whilst Kid Kid and Piggy D provided some back up vocals.

The genre of music is a mix of death rock and punk with lyrics heavily inspired by horror movies. All music and lyrics are written by the vocalist Wednesday 13. All guitars, bass, keyboards and vocals on the recordings are by Wednesday 13. Coner drummed on their debut album, whilst Kid Kid and Piggy D provided some back up vocals.

After Wednesday 13's primary band the Murderdolls went on hiatus, he went on a solo tour of the United Kingdom in March 2004, called the "Graveyard A Go-Go" tour. For his live performances he was joined by members of Florida horror punk band Death Becomes You, though this was not meant to be permanent.

When Wednesday 13 returned to North Carolina in June 2004 he began to put together a more permanent band, with whom he would perform with under the Wednesday 13 name. He brought in a former Frankenstein Drag Queens from Planet 13 member Ikky on guitar. The band took heavily influenced by the likes of KISS and Alice Cooper, while at the same time not straying far from the band members previous horror punk related projects. In September 2004 Ikky was replaced with Matt Montgomery also known as Piggy D.Together the Wednesday 13 band toured Europe in November 2004 on the "Look What The Bats Dragged In" tour, some of dated were supported by English rockers Viking Skull.

In 2005 after touring, they released their debut album "Transylvania 90210", and made a promotional video for the track "I Walked With A Zombie", the video depicted the band members in footage from the original Night of the Living Dead horror movie. Following the albums release the group embarked on a tour of the United Kingdom; "Tour from the Crypt".

Also in 2005 they played on the main-stage of Download Festival at Donington, but perhaps the crowning moment for the group so far was when they opened some shows for their idol, Alice Cooper around Halloween.

Wednesday 13 parted ways with Roadrunner Records, before signing a new deal with Rykodisc, which then released a new album on named Fang Bang on September 12th, 2006.

During March and April of 2006 all of the members of the band parted ways with Wednesday 13, first the bassist Kid Kid, to concentrate fully on his solo project. It was announced that Argyle Goolsby of Blitzkid would be filling in at three live shows, before the band found a permanent replacement. Then 13 announced that guitarist Piggy D and Ghastly had also left the band, 13 stated that he maintains an amicable relationship with all the former members and wished them luck.

On the band's official website, 13 wrote that there would be a special Wednesday 13 line-up for a Cancer research benefit concert, and the following gig. This line-up brought Wednesday 13 and his Murderdolls band mate Eric Griffin back together for the first time since 2003. Griffin took on guitar playing duties, also joining him was drummer Racci Shay and bassist Brix from the band Dope . It was later announced that this line-up, aside from Brix would be permanent. After Brix left the band Nato Manor joined the band on bass. And after Eric left the band a much more talented guitarist J-Sin Trioxin joined the band.

In the middle of Europe tour 2007 Racci's dad died and so he was replaced by CombiChrist drummer until the end of the tour. And because Wednesday was still recovering from injuries they got a second guitarist.


The Band toured in early 2007 with Vains of Jenna, and recently announced a summer US tour with The 69 eyes, Fair to Midland & Night Kills the Day

Monsters of the Universe: Come Out and Plague