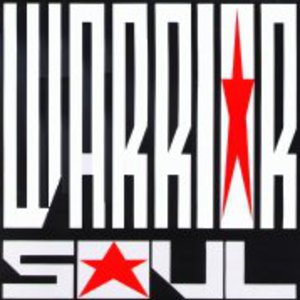 The band hit the scene in New York City in 1987. Coming of age during the presidency of the first George Bush, many of its songs were politically based, from the prescient "In Conclusion" to the call to arms, "Children of the Winter."

The term "Acid Punk" was coined by Clarke to explain the hard driving trippy sound that was Warrior Soul, particularly the Space Age Playboys album, mixed by Ben Gross. The style once again predicted what was going to break on the American and International rock music scene with the success of Green Day and The Offspring.

The critical acclaim that accompanied the band translated to record sales in Europe but there was not enough push or touring to break in the USA. Despite recognition by peers, including Lars Ulrich from Metallica, who had been quoted as saying Space Age Playboys was his favorite album, Warrior Soul disbanded in 1995.

In 1996, Odds & Ends was released as a posthumous collection of demos and left material that were to be part of a major label record (Electra, Nancy Jeffries) that got squashed by Peter Mench at Q-Prime management. Clarke took 2 years off after disbanding "The Playboys" and moved back to New York and wrote and released on "Cargo Records" his spoken word solo album "Opium Hotel" 2004. Soon after Clarke was tapped to be the lead singer of Dirty Rig and coproduced their album for "Escapi Records" in 2006. All the Warrior Soul albums were re released in 2006 and the latest is called "Destroy The War Machine" due to be out March 2010. Mark Evans, the band's drummer for three of their albums, was murdered in London, UK in 2005.

Following the re-release of the band's first five albums on in 2006, Clarke reformed Warrior Soul for a UK tour in March 2007, using long time musician friends from England and Sweden. Work has begun on a new Warrior Soul album and a live album taken from the band's October UK tour. (This was released in mid 2007) Clarke has since been announced as the new lead singer of Trouble as of May 2, 2008, according to Trouble's website.

The band released a limited edition studio album titled Chinese Democracy in October 2008, just a month before the Guns N' Roses album of the same name was due for release. The band shortly re-named the album Destroy the War Machine and began to print more copies.

In 2008, the band played the second incarnation of Hard Rock Hell, in North Wales, with the large room over capacity when the band play, rendering the opposing Hawkwind show on the next stage virtually unattended. Kerrang! magazine reviewed the show as KKKKK (5 Ks)[citation needed]

In December 2008, also saw the band return to large indoor stages, with shows at the Shepherds Bush Empire, London, and the Academy Glasgow.

In 2009, the band's re-issues of the classic Warrior Soul work on vinyl, and a European tour to support the release of Destroy the War Machine.

Warrior Soul will be on tour in Europe in September 2011.

Back On The Lash

Tough As Fuck : Live In Athens