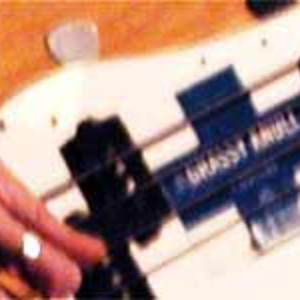 The Grassy Knoll, Bob Green's personal musical conspiracy, has been purveying uniquely potent instrumental-rock abstraction since 1993. Having served three acclaimed albums to major labels (nettwerk/verve/antilles), Green has veered from the tried-and-true route to release his latest rock narrative, ?Short Stories?, via a collective imprint of his own devising, sixtyonesixtyeight. Green, who sees the ever-evolving artist as the only true artist, has taken on multimedia performances as his next challenge.

These audiovisual happenings feature him performing on bass alongside guest collaborators and his own specially created visual presentations.

The Grassy Knoll's multimedia evenings juxtapose the Knoll's exquisite brand of electro-rock action with audiovisual samples from pre-MTV rock, jazz and classical icons, not only seamlessly celebrating the relationship between 20th-century musicians but allowing these disparate artists to speak a common language. This isn't just instrumental rock backed with a video screen; this is sampling taken to a new, comprehensively artful level. With Final Cut Pro his tool of choice, Green has given every sonic image a corresponding visual image, combed from a vast array of famous, infamous and rarely seen archive footage. Trained in photography, he also shoots his own footage of New York City street life and small towns in his native Texas, adding anindividual POV.

Fully engaging all your senses, the Grassy Knoll is in-the-moment rock music with an inclusive sense of both the past and the future. This is sampling that changes everything. The Grassy Knoll -- you must believe it to see it.