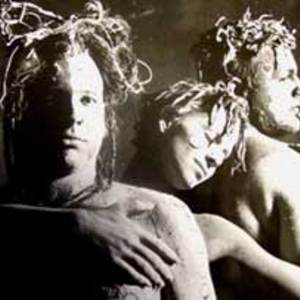 Formed in 1987 by performance artists Jim Marcus and Van Christie, Die Warzau (originally referred to as Die Warzau Synfony) has operated on the fringes of industrial music, creating a unique sound. An everpresent and important part of Die Warzau's appeal is the sociopolitical lyricism and emotive vocals of Jim Marcus. Originally signed to Chris Parry's Fiction Records, the band released Disco Rigido in the late 1980s (distributed in the United States by Atlantic Records), which featured "Welcome To America", "Land of the Free" and "I've Got To Make Sense".

Originally signed to Chris Parry's Fiction Records, the band released Disco Rigido in the late 1980s (distributed in the United States by Atlantic Records), which featured "Welcome To America", "Land of the Free" and "I've Got To Make Sense". Though the album falls solidly into the EBM genre, it contains hints of the experimentation and genre-bending that later recordings would feature (e.g. "Y Tagata en Situ").

A second album, Big Electric Metal Bass Face, built on the foundation laid with Disco Rigido and upped the ante with excursions into funk (listen to "Funkopolis" as well as the live take of "Coming Down"). Contributors to the band at the time included Chris Vrenna and James Woolley, who both served time in Nine Inch Nails during the mid-Nineties.

Marcus and Christie then teamed up with Jane Jensen to form Oxygiene 23, and released an album ("Blue") on Fifth Column Records.

Engine, a 1995 release on WaxTrax!, was a huge jump forward and found critical acclaim for its decimation of genre boundaries. Die Warzau could no longer be simply pigeonholed into the "industrial" category, as their music became more organic, rounder on the edges yet still retaining their trademark knack for insistent rhythm and pure, unrefined electronic noise. "Liberated" and "All Good Girls" became trademark songs for the group. Fellow WaxTrax! act Sister Machine Gun "inherited" an unused song from this period ("Hole In the Ground"), which they included on their Burn album.

Die Warzau as a group then went on hiatus for a number of years, with Marcus and Christie working on other projects--Jim Marcus founded the pure funk group Everplastic while Van Christie worked on Eco-Hed.

By 2005, though, the duo had reconvened and released Convenience (on their Chicago-based Pulseblack Records). A continuation of the path they started on with Engine, songs like "Radiation Babies", "Kleen" and "Linoleum" further blur any genre lines and leave something truly original. More output is expected from the group in 2006, including a collaboration with funk pioneer George Clinton.