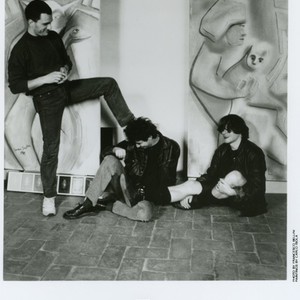 1) German Band: Pankow was a German rock band, founded in East Berlin in 1981, which broke up officially on December 31, 1998. Their name came from the Berlin district of Pankow, which was once home to most of the officials of the East German government and contains spoken "Punk". The band's original lineup consisted of J?rgen Ehle, Ingo Griese, Andr? Herzberg, Rainer Kirchmann, and Stefan Dohanetz. Other members were Frank Hille und Hans-J?rgen (Jacky) Reznicek and Jens Jensen.

Pankow were a well-known band during the 1980s in East Germany. As their lyrics often contained mild criticism of the East German regime, they frequently encountered problems releasing their music. In the song Langeweile (Boredom), the criticism was expressed in the words "Seen the same country too long, heard the same language too often, waited too long, hoped too much, bowed down to the old men too often". The song "Paule Panke" was banned by the state-run Amiga record label, while "Langeweile" was banned from radio airplay however, the band performed both at every concert.

2) Italian Band: Part of the Wax Trax! stable of industrial artists, Pankow is a European duo based in Florence, Italy whose core consists of multi-instrumentalist/sample manipulator Maurizio Fasolo and German vocalist Alex Spalck. Dark and nihilistic in the extreme, as well as intermittently scatological, Pankow saw their first domestic release in 1988 with an EP called Freedom for the Slaves. 1989's Gisela, the band's first full-length album, contained a cover of the Normal's "Warm Leatherette," as well as the notorious "Me and My Ding Dong," which musically updated the sensibility of Chuck Berry's "My Ding-a-Ling." "Me and My Ding Dong" was remixed and issued as the centerpiece of an EP entitled Pankow Show You Their Dongs, upon which point the band parted ways with Wax Trax! Pankow resurfaced in 1991 with a live compilation on ROIR, Omne Anima Triste Post Coitum (which translates as "All Animals Are Sad After Coitus").

And Shun The Cure They Most Desire CD2

And Shun The Cure They Most Desire CD1