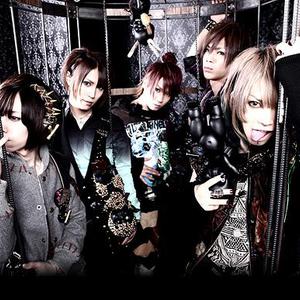 Sug or SuG is the name of more than one artist. 1) Japanese band 2) punk/oi 3) hip-hop 1) SuG is a major band from Japan with a bright and fun sound. Their band-concept is "Heavy Positive Rock". SuG was formed in October 2006 by Takeru (vocal), masato (guitar), yuji (guitar) and Shouta (bass). One month later, drummer MITSURU joined the band. In February of 2007, Shouta left the band citing that his poor health would hinder himself and SuG as a whole.

1) SuG is a major band from Japan with a bright and fun sound. Their band-concept is "Heavy Positive Rock".

SuG was formed in October 2006 by Takeru (vocal), masato (guitar), yuji (guitar) and Shouta (bass). One month later, drummer MITSURU joined the band. In February of 2007, Shouta left the band citing that his poor health would hinder himself and SuG as a whole. He was replaced by their current bassist Chiyu on the 22nd of the same month, following the band's first release, "7th Breeze," was featured on the compilation album "CANNONBALL vol. 3" in Japan, released February 21st 2007.

After being on tour in Japan during the spring and early summer, the band was signed to PS Company, as a part of their newly formed branch, Indie PSC. Their first single was released on August 1st 2007, and titled "Scheat". One month later, on September 5th, they released a second single, "Alterna.," the title track of which was featured on the "Shock Edge '07" compilation. A special single, "Yumegiwa Downer," was released on the 1st of the month, and available only to those who attended their concert held that day. On December 9th, the band released their first mini-album, "I SCREAM PARTY." Soon after they held their first concert outside of Japan at the "J-ROCK INVASION EPISODE I" festival in Germany on December 29th.

On May 14th 2008 SuG's debut full-album, "n0iZ stAr," was released in co-operation with Bellwood Records. Their second mini-album, "Punkitsch," was released September 3rd 2008. The band ended their year with the release of their "Tricolor Color" single, which was available in a Red, White, and Blue version, on December 3rd.

On April 15th 2009, SuG released a new single, "39GalaxyZ." The next day, the 16th, drummer MITSURU announced that he was leaving the band due to differences in musical opinions. MITSURU played his last live with the band at the oneman live show ???BL?Rock Party MonstAr??? on May 9th 2009 at Shibuya O-EAST. On June 1st, support drummer shinpei joined them to perform the remaining shows of the tour.

On September 3rd 2009 it was announced that shinpei would join as an official member.

Additionally, in early September , following an informal announcement previously posted by vocalist Takeru via blog, it was announced that SuG would appear in Bankok, Thailand, for their first oneman live overseas. The hour-long show, titled "The 2st Attack in Bankok: Love Scream Party," was soon confirmed by the PSC and successfully took place October 31st 2009.

On November 30th, 2009, again by a blog statement from Takeru and guitarist masato, it was announced the SuG would release their first major label single, "gr8 story," through the Pony Canyon label on January 27th, 2010.

In January 2010, prior to the release of "gr8 story," another announcement was made on SuG's official site that the band would be releasing their first major-label album, "TOKYO MUZiCAL HOTEL", on March 9th, coincidentally their self-proclaimed SuG Day(contrary to popular belief, March 9th is not the band's anniversary). Additionally in January, SuG was signed in Europe by German record label CLJ Records, who offered the sale of MP3 downloads of "gr8 story" as well as selling physical copies of "TOKYO MUZiCAL HOTEL".

Right now they're promoting their new album and touring through all of Japan.