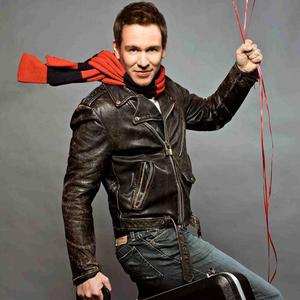 Stephen Lynch is an American singer and comedian, famous for his raunchy comic lyrics. He was born July 28, 1971 in Abington, Pennsylvania, but grew up in Saginaw, Michigan and attended Western Michigan University, where he learned to play guitar. He is a Tony nominee for his role as Robbie Hart in the Broadway musical, The Wedding Singer. Stephen married Erin Dwight in September of 2003. Lynch has produced eight albums: