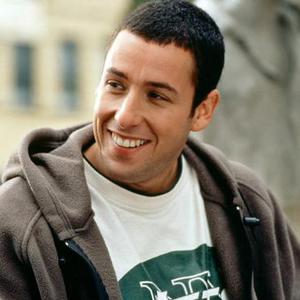 Adam Richard Sandler (born September 9, 1966 in Brooklyn, New York) is an American comedian, actor, musician, screenwriter and film producer. After becoming a Saturday Night Live cast member in 1991, he went on to star in several Hollywood feature films that have grossed over US$100 million at the box office. He released his first album, They're All Gonna Laugh at You!, in 1993 and it recieved a a Grammy award nomination for Best Comedy Album. He has since released 1996's What the Hell Happened to Me?, 1997's What's Your Name?, 1999's Stan and Judy's Kid, and finally 2004's Shhh Don't Tell.

What The Hell Happened To Me?

They're All Gonna Laugh At You

They're All Gonna Laugh At You!