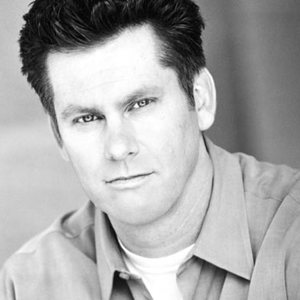 Brian Regan is an American stand-up comedian. Regan uses observational humor, which is also occasionally self-deprecating. He keeps his performances relatively clean by refraining from blue humor, sexual references, or obscenities. Because of this, he has gained a large following in conservative religious communities, although his act is very secular. Regan's material typically covers everyday events, such as shipping a package with UPS, ordering phone service, going to the eye doctor and playing racquetball.

Regan attended Heidelberg College in Tiffin, Ohio, where a football coach recommended to him the Communication and Theater Arts Department. Following college, he worked at a small comedy club in Ft. Lauderdale, Florida. In 1986, Regan relocated to New York City and two years later he won $10,000 when a local radio station named him Funniest Person in New York in a contest. He was an early host of the Comedy Central Show Short Attention Span Theater. His brother Dennis Regan was also on the show and the two sometimes do stand-up together.

Regan is a regular guest on the Opie and Anthony Show. He has made numerous television appearances on programs such as The Tonight Show with Jay Leno, The Late Show with David Letterman, Late Night with Conan O'Brien, Dr. Katz, Professional Therapist and many other Comedy Central shows. He has also appeared several times on Dennis Miller Live where Miller has called Regan his favorite stand-up comedian. He tours frequently and has opened for Jerry Seinfeld.

In the 2000s, Brian Regan featured in an advertising campaign for Hanes called Hanes "Go Tagless" T-shirt. Regan appeared alongside other celebrities in the campaign, including Michael Jordan and Jackie Chan.

Regan has one CD entitled "Brian Regan Live" which was released in 1997. In 2004, Regan self-released a DVD of his performance at the Irvine Improv titled I Walked on the Moon. Regan was developing a sitcom with Scrubs creator Bill Lawrence. He had written a script for the show, but it has been reported that all of the networks passed on it. He is set to record his second Comedy Central Special on April 19th for the Comedy Central Presents series.

All By Myself (Live)

The Epitome Of Hyperbole

I Walked On The Moon