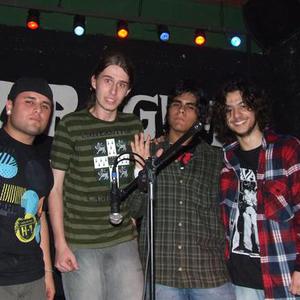 2: Splinter is a heavy metal band from Germany.


3. Splinter is a band from Holland consisting of five young enthusiastic guys. Thier music is best classiefied as Progressive Symphonic Rock.

In 2002 they released their first demo 'Luchtkastelen' which made the band play around the Dutch club circuit. In 2003 Mothers Finest guitarist John Hayes 'discovered' Splinter. They played for his solo project as opening act for many times. Hayes produced Splinters second demo 'Reflections' which was received with extremely positive acclaim in magazines like 'Oor', 'Aardschok' and 'iOpages' to name just a few.* In 2004 they recorded most of their repertoire for the unofficial release 'The Devil's Jigsaw'. Again critics were extremely positive about this collection of demo songs. Later that year they would play as support act for supergroup 'Karmakanic', featuring ex. Yngwie Malmsteen vocalist Goran Edman.
In the beginning of 2005 Splinter toured with the Swedish group 'The Flower Kings' as support act.

Last year the band travelled to Sweden to record its debut album with producer Jonas Reingold. The release is expected late 2007.

The band consists of:

4: Splinter is a band from Australia comprising of Andrea Croft & Suzie Higgie. They released a self titled 4 track CD in 1991 recorded in the lounge room at their 'nanna hideaway home' in the Blue Mountains. The cover notes state that "fire crackles appear on this recording".

6. Street punk band from Glasgow
Splinter bagan in the Spring of 2000 and started recording and gigging. Soon afterwards the touring began. We toured all over Eastern Europe....as well as gigs all over Scotland. Due to different reasons, we decided to call it a day, and Splinter split up in the Spring of 2008. we would like to thank all our friends and we can truthfully say that the last 8 years with Splinter have been great. Dek and Ronnie have moved onto start a new band called Inner Logic.... www.myspace.com/innerlogicband, Dek is behind the microphone again! Brad has joined up with newly reformed Resistance... www.myspace.com/resistancescotland Kev is doing well with Crossfire .... www.myspace.com/crossfire. Thanks for your support and we hope you will support our new bands as much as you supported Splinter.

window to the next world

It's not about you

The Place I Love (Vinyl)