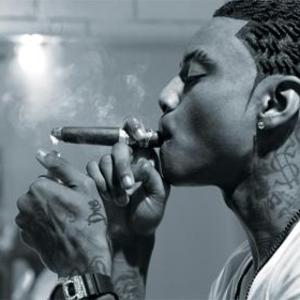 DeAndre Cortez Way (born July 28, 1990 in Chicago, Illinois), better known by his stage name Soulja Boy Tell ?Em or simply Soulja Boy, is a Grammy nominated rapper, dancer and producer. He shot to fame in September 2007, when his single ?Crank That (Soulja Boy)? reached number one on the Billboard Top 100. He released his debut album, Unsigned & Still Major: Da Album Before da Album in 2007 and followed this with 2007's souljaboytellem.com and 2008's iSouljaBoyTellem. His fourth studio album, The DeAndre Way, was released on November 2010.

Born DeAndre Ramone Way in Chicago, Illinois on July 28, 1990, Way moved from Chicago to Atlanta, Georgia at age seven, where he became interested in rap music. At age 14, he moved to Batesville, Mississippi with his father, who provided a recording studio for Way to explore his musical ambitions.

In November 2005, Way posted his songs on the video-based social community YouTube. Following positive reviews on the site, Soulja Boy then established his own web pages on YouTube and MySpace. In March 2007, he recorded ?Crank That? and released his first independent album Unsigned and Still Major, followed by a low-budget video filmed demonstrating the ?Soulja Boy? dance. By the end of May 2007, ?Crank That (Soulja Boy)? received its first airplay and Soulja Boy met with Mr. Collipark to sign a deal with Interscope Records.

On August 12, 2007, the song appeared on the Emmy-award winning HBO series Entourage, and by September 1, it topped the Billboard Hot 100 and Hot RingMasters charts. Way's major label debut album Souljaboytellem.com, which was reportedly recorded using just the demo version of FL Studio, was released in the United States on October 2, peaking at #4 on both the Billboard 200 and Top R&B/Hip-Hop Albums charts.

On December 9, 2007, Way was sued by William Lyons (aka Souljah Boy of the Mo Thugs) who claims he first created the stage name ?Souljah Boy?.

For the 50th Grammy Awards, Soulja Boy was nominated for a Grammy Award for Best Rap Song with ?Crank That (Soulja Boy)?. He lost to Kanye West's and T-Pain's ?Good Life?.

The teen rapper recently inked a deal with Dallas-based company, Yums Shoes, for a line of his own sneakers called the ?Block Star? and an apparel line. ?The Soulja boy exclusive shoe will be released in the fall along with my album,? he said. ?The Soulja Boy cartoon will also be released in the fall, so there's three things to look out for.? The line will be unveiled at the fall Magic fashion trade show in Las Vegas later this year, and the rapper will appear in both television and print ads for it.

Soulja Boy says he will not use better lyrics and get more respect from the rap game, although he could, because it will ruin his reputation and image.

The album Souljaboytellem.com was met with mostly negative reviews, despite a positive one from Allmusic. Several reviewers credited Soulja Boy with spearheading a new trend in hip-hop, while speculating he will likely be a one hit wonder.

Critics and hip-hop figures such as Snoop Dogg, 50 Cent, and Jermaine Dupri cite Soulja Boy as artistically typical of contemporary rap trends such as writing for the lucrative ringtone market, and the ascendence of ?Southern hip hop?, emphasizing catchy, mindless music that discards rap's traditional emphasis on message. And even one article about his songs and heavily criticizing his musical style has dubbed Soulja Boy the ?Nickelback of hip hop?. Soulja Boy identifies his goal as making upbeat, party-themed music that avoids the negative, violent image that he sees in most hip-hop. Despite this, his music has been banned from some school dances for sexual, pro-violence content or innuendo and, ironically, many of his recent recordings feature violent content and sexual innuendo. In the original YouTube video for ?Shootout?, Way demonstrates his dance while holding a handgun in each hand and pretending to shoot into the audience.

In June 2008, on DJ Cisco's Urban Legend mixtape, Ice-T criticized Soulja Boy for ?killing hip-hop? and his song ?Crank That? for being ?garbage? compared to the works of other hip-hop artists as Rakim, Das EFX, Big Daddy Kane and Ice Cube. Soulja Boy responded in a YouTube video by mocking Ice-T's age (Ice-T was born in 1958) and claiming that he needed to support his family through his brand of music. Ice-T proceeded to offer a video response to Soulja Boy's reaction in which he neglected to offer an apology while reiterating his belief that Soula Boy's music was ?garbage?. Rapper Kanye West defended Soulja Boy by arguing that Soulja Boy created a new, original work for hip-hop, thus keeping the authentic meaning of the music. Soulja Boy followed suit by buying Ice-T a flaming set of gigantic popcorn machines.

Soulja Boy recently became an item in the first round NBA playoff series between the Cleveland Cavaliers and the Washington Wizards. In a bout of trash talking before the start of the series, Wizards guard Deshawn Stevenson called Cleveland superstar LeBron James ?overrated,? prompting James to say that he wouldn't return the insult, as that would be ?almost like Jay-Z [responding to a negative comment] made by Soulja Boy.? Soulja Boy made an appearance at Game 3 of the series (played in Washington) in support of the Wizards; his music was played over the PA system. Despite his team losing the game by more than 30 points and LeBron posting poor numbers (compared to his exceptionally high averages), LeBron claims that the trick had no effect on him, and that his young son is a big fan of Soulja Boy.

My Way Of Life