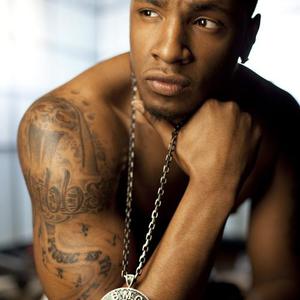 Jovan Campbell (born November 13, 1990), better known by his stage name Jibbs, is an American rapper. He was born in St. Louis, Missouri. He had one top ten single on the Billboard Hot 100, which was his debut single "Chain Hang Low". Jibbs' only other song that charted on the Billboard Hot 100 is "King Kong". Later, he was featured in music videos for Soulja Boy Tell 'Em's "Crank That (Soulja Boy)" and Huey's "Pop, Lock & Drop It" in 2007.

Jibbs knew he had to do something to get the attention of his older brother, (DJ Beats from the production team Da Beatstaz {DJ Beats & Reese Beats}). So the then 8-year-old wrote a rap and performed it for his brother, who was gaining fame in St. Louis producing for such hip-hop stars as Nelly and Chingy. Floored by Jibbs flow, DJ Beats started having his pre-teen brother join him in the studio. Jibbs jaw-dropping freestyles earned him a rep as a premier rapper in the St. Louis underground.
I was murdering 21-year-olds, 25-year-olds when I was 11 and 12, Jibbs recalls with a laugh. Thats how people knew me in the hood. Theyd be like, Youre so young, but you whupped him -- and hes supposed to be good.
Once Jibbs demo started circulating among music industry insiders, the calls came. He was courted by several labels and started opening up for such superstars as Chris Brown, Bow Wow and Young Jeezy when they performed in the Lou. The impact was profound. It motivated me even more when I saw that people really liked my music, says Jibbs, whose music has the catchiness of Nelly and the lyrical acumen of T.I. I got a better response than I thought I would.
Now signed to IGAs Geffen Records (home to Snoop Dogg, Slim Thug, Common, Pharrell, Mos Def, Mary J. Blige) and riding the success of his new single Chain Hang Low, the teen rapper is set to change the game with the release of his dynamic debut album, Jibbs feat. Jibbs. He came up with the title as a nod to his musical diversity. Every song on the album doesnt sound the same, he explains. Thats where the title Jibbs feat. Jibbs came from. No songs sound the same, but youll always know its me.
With a sing-along chorus, clever braggadocio and a block-rocking beat, Chain Hang Low has become a street favorite. Smile, a percolating collaboration with Fabo of D4L, introduces new dances to the world, while Hood showcases Jibbs introspective side. Here, he challenges people to think before they do something that could lead to trouble.
Fortunately, Jibbs had the benefit of a strong family unit, one where his parents and all six of their children worked hard to constantly improve themselves and their surroundings - - making the family a success story in its own right. Indeed, Jibbs has two significant outlets to help steer him away from the traps that lure many ghetto youth into dead-end lives. His parents and older brothers were into music, and he and his three brothers were all boxers. In fact, Jibbs was such a good boxer that he became a two-time Golden Glove Champion, a remarkable accomplishment in the competitive boxing world. Despite his success in the ring, Jibbs was driven to be a rapper. Music inspires me more, he says. I feel that Im better at music. I was real good at boxing, but I feel music is where my heart is. I love it so much that nothing can stop me from doing it.
Now, with the remarkably engaging Jibbs feat. Jibbs, set for release in September 2006, the teen rapper is ready to establish himself as a trendsetting artist. I want to bring some new flavor to the game as a youngster in the business, he says. I want to change it up a little bit. I also want to show teenagers that they can make it, just like I did. I came from the hood just like they did and I made it better.