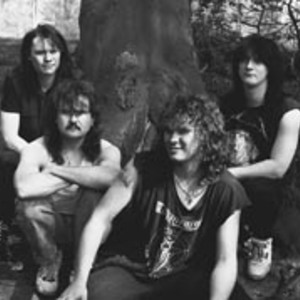 Anihilated formed in 1982 as Prospex, a punk group. The original singer, Andy, parted after the recording of the first demo. Simon Cobb took over the vocal duties. At the same time Mark Beuchet was let into the band, and the guitar playing style changed to a more riffy kind. They gradually changed from pure punk to punk/metal crossover. The 1986 EP, Path to Destruction, made clear to the audience that they were now a crossover band. At the time of Ultimate Desecration they hade went even further away from their roots, now playing a brand of thrash.

A demo exists before the Speedwell demo, but there are few facts about it.

Reformed in 2009, and currently touring a new Album "Scorched Earth Policy" to be released soon.