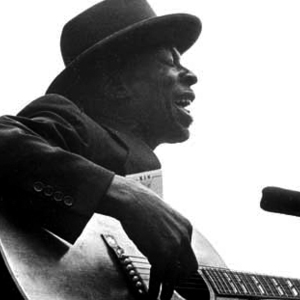 Nehemiah Curtis "Skip" James (June 21, 1902 ? October 3, 1969) was an American blues singer, guitarist, pianist and songwriter. Early years James was born near Bentonia, Mississippi. As a youth, he heard local musicians such as Henry Stuckey and brothers Charlie and Jesse Sims and began playing the organ in his teens. He worked on road construction and levee-building crews in his native Mississippi in the early 1920s, and wrote what is perhaps his earliest song, "Illinois Blues", about his experiences as a laborer.

James was born near Bentonia, Mississippi. As a youth, he heard local musicians such as Henry Stuckey and brothers Charlie and Jesse Sims and began playing the organ in his teens. He worked on road construction and levee-building crews in his native Mississippi in the early 1920s, and wrote what is perhaps his earliest song, "Illinois Blues", about his experiences as a laborer. Later in the '20s he sharecropped and made bootleg whiskey in the Bentonia area. He began playing guitar in open D-minor tuning and developed a three-finger picking technique that he would use to great effect on his recordings. In addition, he began to practice piano-playing, drawing inspiration from the Mississippi blues pianist Little Brother Montgomery.

In early 1931 James auditioned for the Jackson, Mississippi record shop owner and talent scout H. C. Speir, who placed blues performers with a variety of record labels including Paramount Records. On the strength of this audition, Skip James traveled to Grafton, Wisconsin to record for Paramount. These recordings are among the most famous and idiosyncratic ever made in the blues idiom.

"I'm So Glad" was derived from a 1927 song by Art Sizemore and George A. Little entitled "So Tired", which had been recorded by both Gene Austin and, as "I'm Tired of Livin' All Alone", by Lonnie Johnson. But as James' biographer, Stephen Calt, maintains, the finished product was totally original, "one of the most extraordinary examples of fingerpicking found in guitar music." The other pieces recorded at Grafton, such as "Devil Got My Woman", "Special Rider Blues" and "22-20", were of similarly high quality both vocally and instrumentally and are the recordings upon which James' subsequent reputation lay. Very few copies of James' Paramount 78s now exist. "Devil Got My Woman" was featured in the 2001 film Ghost World.

For the next thirty years, James recorded nothing and drifted in and out of music. He was virtually unknown to listeners until about 1960. In 1964 blues enthusiasts John Fahey, Bill Barth and Henry Vestine found him in Tunica, Mississippi. According to Calt, the "rediscovery" of both Skip James and of Son House at virtually the same moment was the start of the "blues revival" in America. In July 1964 James, along with other blues performers, appeared at the Newport Folk Festival. He recorded for the Takoma, Melodeon and Vanguard labels and played engagements throughout the remainder of the decade. Cream recorded two versions of "I'm So Glad" (a studio version and a live version), providing James the only windfall of his career. (Cream based their version on James' simplifed '60s recording, not on the original 1931 recording.) He died in Philadelphia in 1969.

Skip James' sound was unique and although he influenced other blues musicians, Robert Johnson being among the most notable, few have been able to recreate his style. His high pitched voice seems otherworldly and frail, even in his early recordings. He is said to have had a 'preaching' style of singing, and was known to also sing spirituals. James was also a gifted and distinctive guitarist. He used an open D-minor tuning and his playing, which was entirely finger picking, was fast and clean. He also used the whole register of the instrument, creating heavy, hypnotic bass lines using the lower strings.

Skip James has often been called one of the exponents of the Bentonia School of blues playing, which was later carried on by a guitarist and singer named Jack Owens. Calt, in his 1994 biography of James, I'd Rather Be the Devil: Skip James and the Blues, maintains that there was indeed no style of blues that originated in Bentonia, and that this is simply a notion of later blues writers who overestimated the provinciality of Mississippi during the early 20th century, when railways linked small towns, and who failed to see that in the case of Owens, "the 'tradition' he bore primarily consisted of musical scraps from James' table." Whatever the truth is regarding the origins of James' style, or of the "Bentonia School," he certainly stands as one of the most original of all blues performers.

Yola My Blues Away (24Bit Xr-Remastered)

I'd Rather Be The Devil: The Legendary 1931 Session